Charges have been filed against a suspect arrested in the fatal shooting of a man at 4822 Martin Luther King Boulevard about 5:10 a.m. on February 7.

The suspect, Christopher David Nettles (b/m, 26) is charged with murder in the 174th State District Court.  A booking photo of Nettles is attached to this news release.

The victim was identified as Patrick Mitchell, 20.

Officers were dispatched to the above address and learned Mr. Mitchell had been involved in physical fight with a suspect.  At some point, the suspect, described only as a black male, pulled a gun, shot Mitchell and then fled the scene.  Paramedics transported Mitchell to Ben Taub General Hospital where he was pronounced deceased.

Further investigation led to the identity of Nettles as the suspect in this case.  Members of the Gulf Coast Violent Offenders Task Force and the HPD Northeast Patrol Division Crime Suppression Team arrested Nettles last Friday (March 12) without incident. 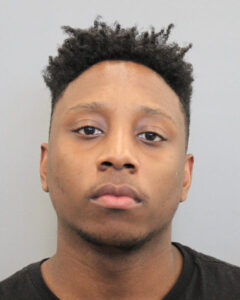