Houston police have released surveillance photos of a suspect wanted in the shooting of a man at 900 San Jacinto Street about 1:40 a.m. on May 31.

The suspect is described as a black male, 5 feet 6 inches to 5 feet 9 inches tall.  He was wearing a black shirt and silver metal-studded belt.  Three surveillance photos of the suspect, wearing a Los Angeles Lakers ballcap, are attached to this news release.

The victim, 27, was transported to an area hospital with what are believed to be non-life-threatening wounds

HPD patrol officers responded to a shooting at the above address.  Upon arrival, they found the victim suffering from gunshot wounds to the leg and foot.

Anyone with information in this case is urged to contact the HPD Major Assaults & Family Violence Division at 713-308-8800 or Crime Stoppers at 713-222-TIPS. 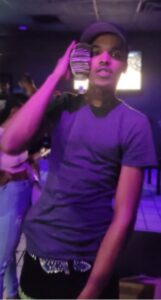 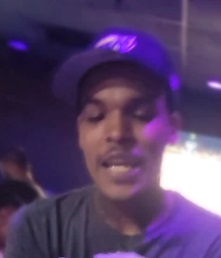