Houston police are asking for the public’s help in identifying a suspect wanted in the fatal shooting of a man at 7620 Katy Freeway (West Interstate Highway 10) about 9:50 p.m. on April 4.

A composite sketch of the suspect and surveillance video of the vehicle in which he fled is included in this news release.

The victim is identified as Miguel Vasquez, 37.

Mr. Vasquez and his young daughter were walking to their vehicle in the parking lot of a business at the above address when a male suspect attempted to steal Vasquez’s property at gunpoint.  During the robbery, the suspect shot Vasquez and fled the scene.  Houston Fire Department paramedics transported Vasquez to Memorial Hermann Hospital where he was pronounced deceased.  His daughter was not injured.

The suspect is described only as an adult black male with a skinny build.  A composite sketch of the suspect is attached to this news release.  Further investigation determined he ran to a vehicle (unknown make and model) and fled the scene.  Surveillance video of the vehicle can be found on the HPD YouTube channel at:  https://youtu.be/jCPwTKoLxJ4

Anyone with information on the identity of the suspect or the vehicle is urged to contact the HPD Homicide Division at 713-308-3600 or Crime Stoppers at 713-222-TIPS. 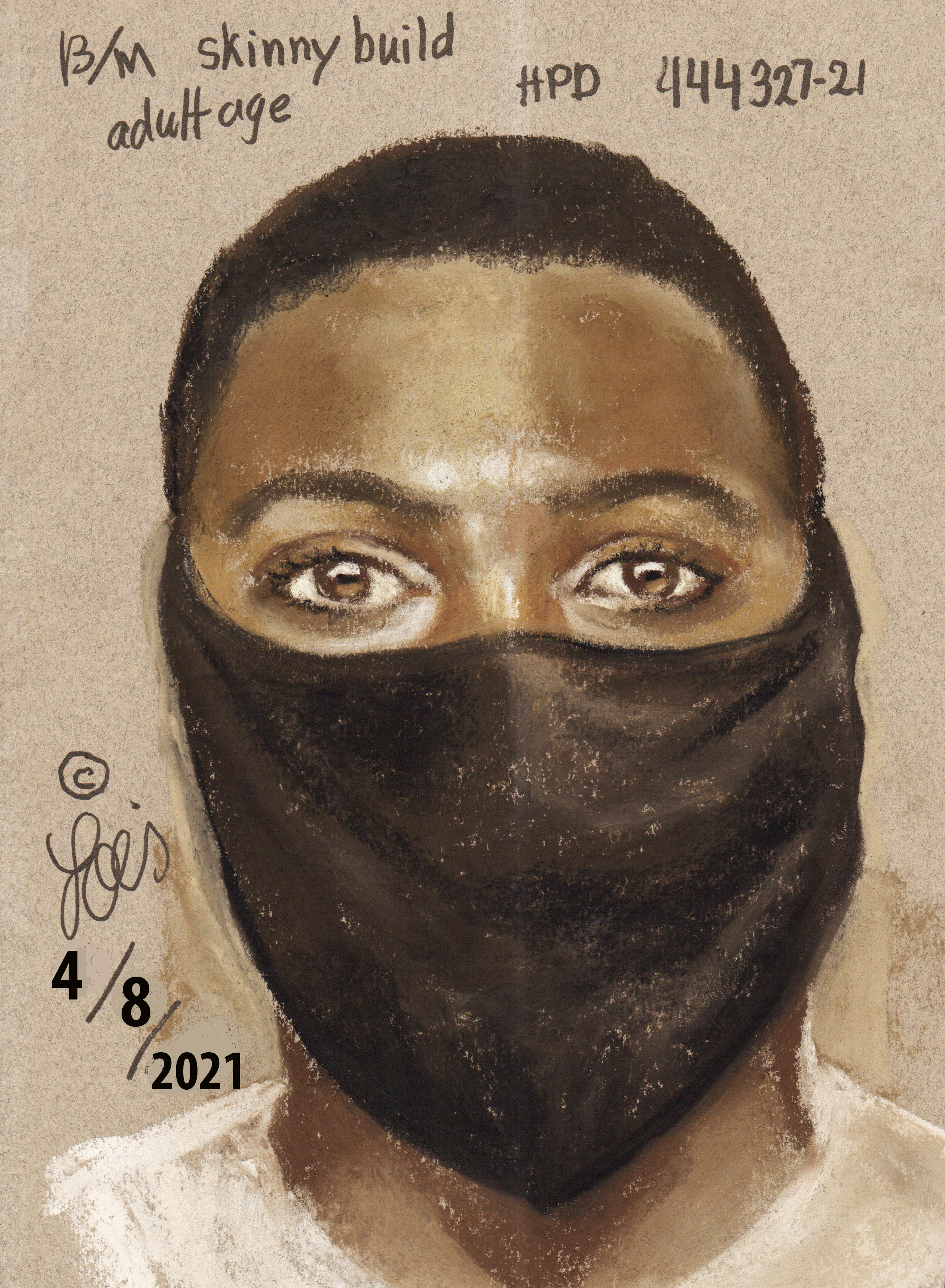