Houston police are searching for a wanted suspect charged in the fatal stabbing of a man and the assault of another man at 3000 Durwood Street about 10 p.m. on Sunday (March 6).

The suspect, Edwin Henriquez-Cuellar is charged with murder and aggravated assault with a deadly weapon in the 185th State District Court. A photo of Henriquez-Cuellar, who is not in custody, is attached to this news release.

Henriquez-Cuellar is charged in the death of Alejandro Mejia, 36, and the assault of a second victim, 20.

Officers responded to a stabbing at the above address and found Mr. Mejia lying in the roadway. He had suffered a stab wound to the chest and was pronounced dead at the scene by Houston Fire Department paramedics.

Henriquez-Cuellar fled in his vehicle, described as a blue Toyota Tacoma pickup truck, on Durwood Street and then turned northbound on Bentley Street. The suspect is also known to drive a red Dodge Ram pickup truck with Texas license plates #FPR-3717. A photo of the Dodge pickup truck is attached to this news release.

Anyone with information on the whereabouts of Henriquez-Cuellar or in this case is urged to contact the HPD Homicide Division at 713-308-3600 or Crime Stoppers at 713-222-TIPS. 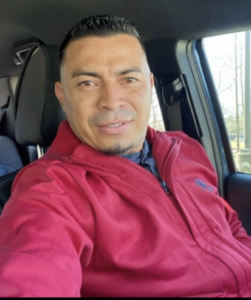 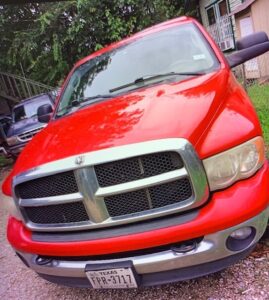