Charges have been filed against a suspect arrested in the shooting of a man that occurred at 4410 Oxford Street #52 about 6 a.m. on Wednesday (December 25).

The suspect, Oscar Armando Medina (H/m,  38), is charged with aggravated assault with a deadly weapon in the 228th State District Court.  A booking photo of Medina is attached to this news release.

The victim, Delson Gabriel Robelo-Montero, 29, was transported to an area hospital in stable condition.

During a party, Mr. Robelo-Montero and Medina began arguing.  During the argument, Medina produced a handgun and fired it, striking Robelo-Montero in the left arm.  Medina was subsequently arrested at the scene.

Anyone with additional information on this case is urged to contact the HPD Major Assaults & Family Violence Division at 713-308-8800. 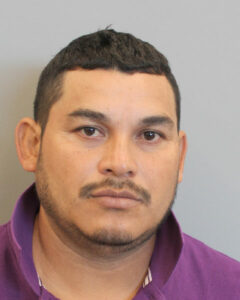