Houston police have released surveillance video of two persons of interest wanted for questioning in the fatal shooting of a man at 2950 Sage Road that occurred about 12:55 p.m. on December 20.

The victim, Don Bennett, 35, was transported to an area hospital in critical condition. On Monday (Dec. 23), he was pronounced deceased.

Surveillance video of two persons of interest is attached to this news release. The video shows two males who attempt to break into the victim’s car the morning of December 20. The video is available on the HPD YouTube channel at: https://youtu.be/UVLus7W4h7I.

Also attached to this news release is a still photo of the unknown suspects’ Honda Accord, which fled the scene after the shooting.

Mr. Bennett was staying at the hotel at the above address and was walking out of the hotel when an unknown vehicle drove past him. An occupant(s) in the vehicle began firing several shots at Bennett, who was struck at least one time. The suspects’ vehicle then fled the scene. 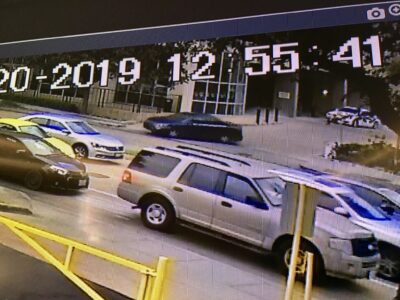