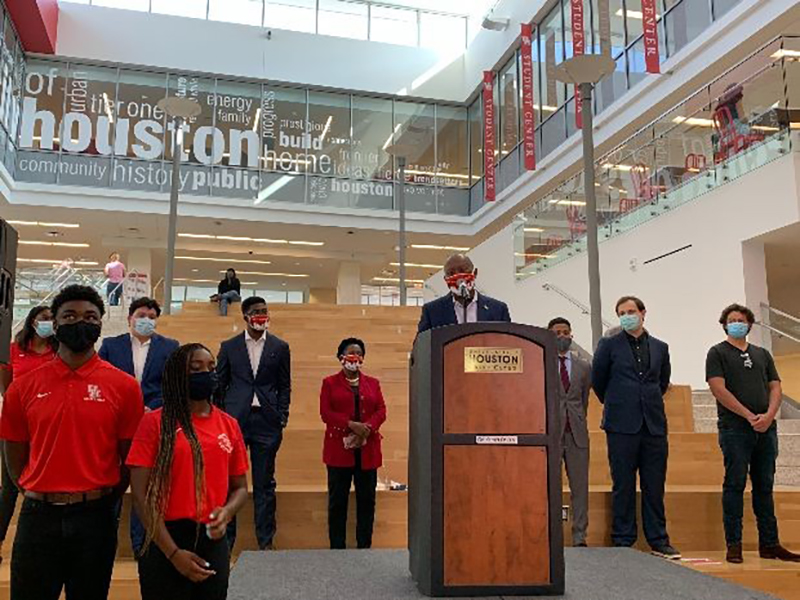 Mayor Sylvester Turner announces the Mayor’s Early Vote College Challenge at the University of Houston on the first day of early voting.

Mayor Turner kicked off the first day of early voting with students from the University of Houston (UH) and Texas Southern University (TSU).

The Mayor announced the Mayor’s Early Vote College Challenge, a challenge encouraging students from the University of Houston, Texas Southern University, and Rice University to cast their ballots during early voting. Mayor Turner will receive a daily report of the turnout on local campuses and will announce the winning school after the election.

During his visit to Texas Southern University, Mayor Turner took part in TSU’s Student March to the Polls. The Mayor joined TSU students by marching down the campus to the TSU polling location where he casted his ballot.

On the first day of early voting, Harris County smashed a record previously set in the 2016 election cycle. 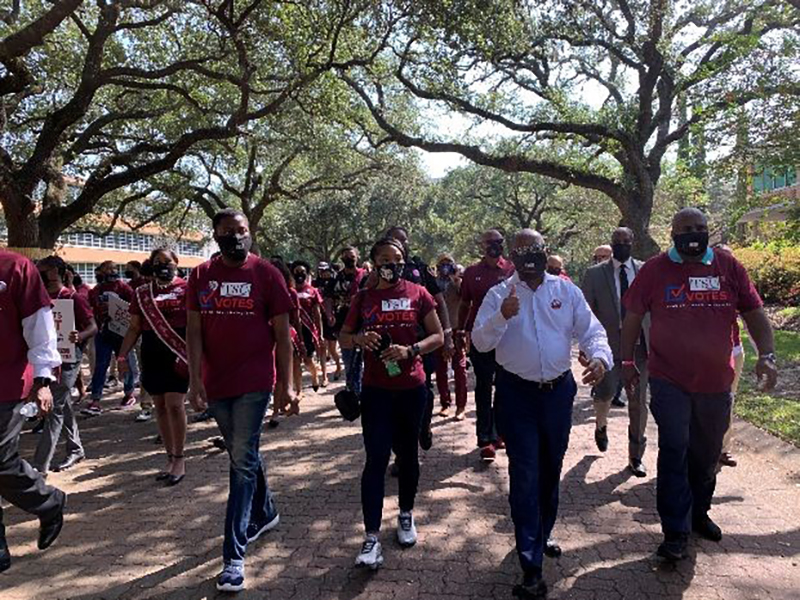 Mayor Turner marches down to the TSU polling location and is joined by TSU students and faculty.

Mayor Turner is asking young people to vote early and on election day by sharing their experiences on social media.

“Our students are the future of this country and their voices must be heard,” said Mayor Sylvester Turner.  “This is the most important election of our time and you simply cannot sit it out and expect to be heard. Voting is a fundamental right and the most powerful way to express one’s self. I am encouraging everyone to participate in early voting this year and vote all the way down the ballot.”

The mayor also released a public service announcement on the first day of early voting.