An army of volunteers led by Mayor Sylvester Turner, the National Association of Christian Churches, and several labor unions provided relief supplies to thousands of Houstonians during a mass distribution Sunday afternoon. 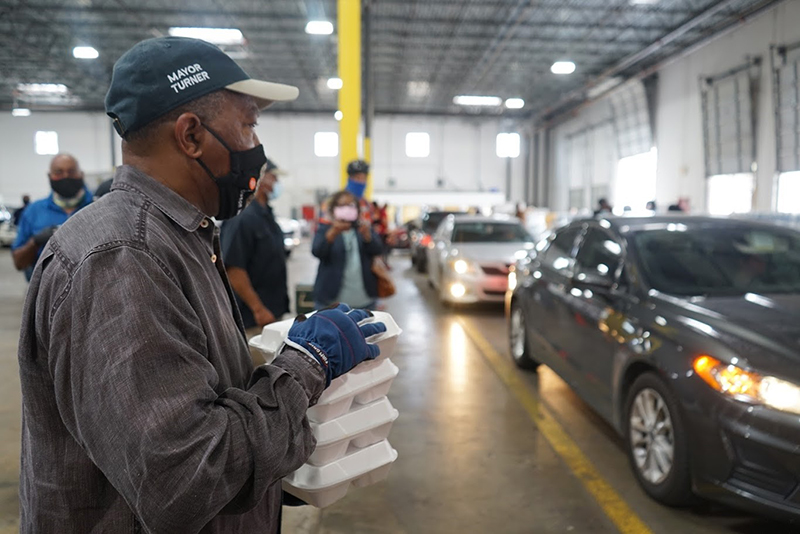 Organizers planned the event to assist families recovering from the recent severe winter weather. The mass distribution served more than an estimated three thousand vehicles and 10,000 people. As cars pulled into the NACC headquarters warehouse on Air Center Blvd, volunteers handed each occupant a hot lunch and placed cases of water, snacks, a meal kit to last four days, and other relief items in the backseat or trunk. 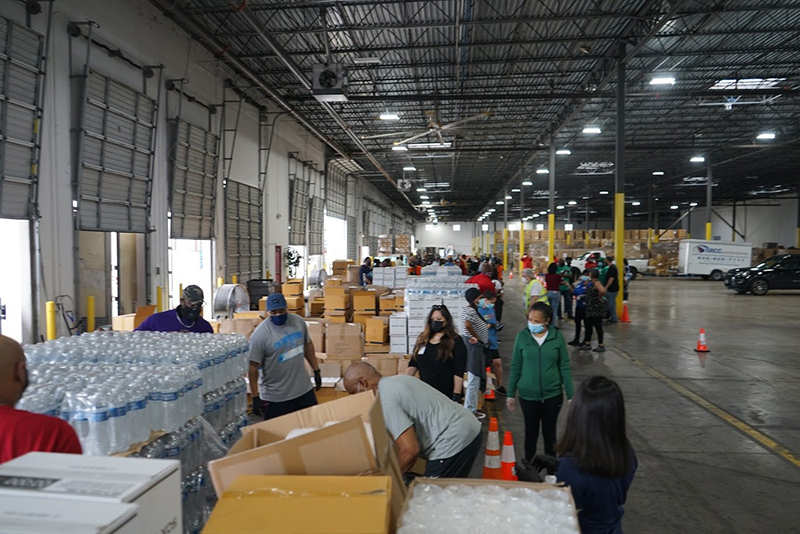 “Even though the power is on and the water pressure is normalized, there are thousands of homes and apartments that have been affected because of busted pipes,” said Mayor Sylvester Turner. “They still do not have water, so there is a tremendous need.”

“We activated with less than 24 hours to respond to an emergency need for food and water in the community, and Mayor Turner accepted the challenge. We made good for the people,” said the NACC’s David “General Diaz” Diaz. 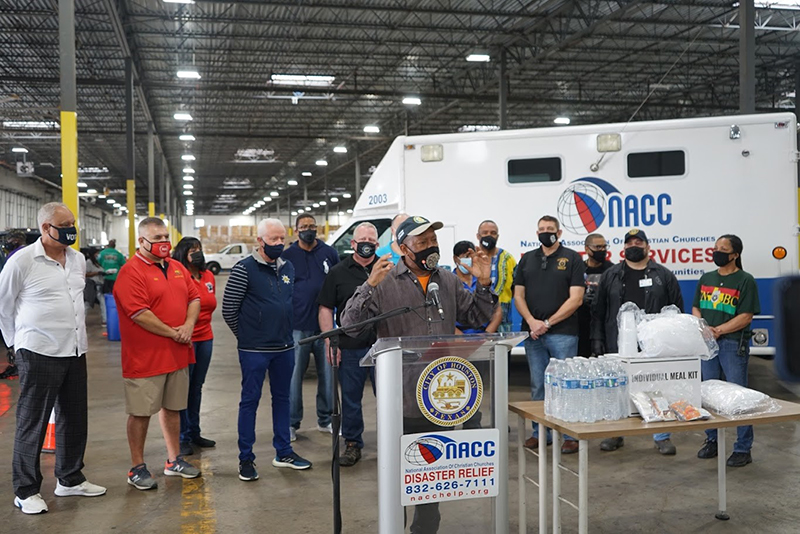 “The event would not have happened without the volunteers and the spirit of Houstonians. I know we have faced one challenge after another but, I would not trade this city for any other city on the face of the earth,” said Mayor Turner. “I wish we could control the weather but, that is not within our power. But how we respond to it says a lot about our city because we are coming together as a group, including labor, business, volunteers, government workers, and local faith leaders.” 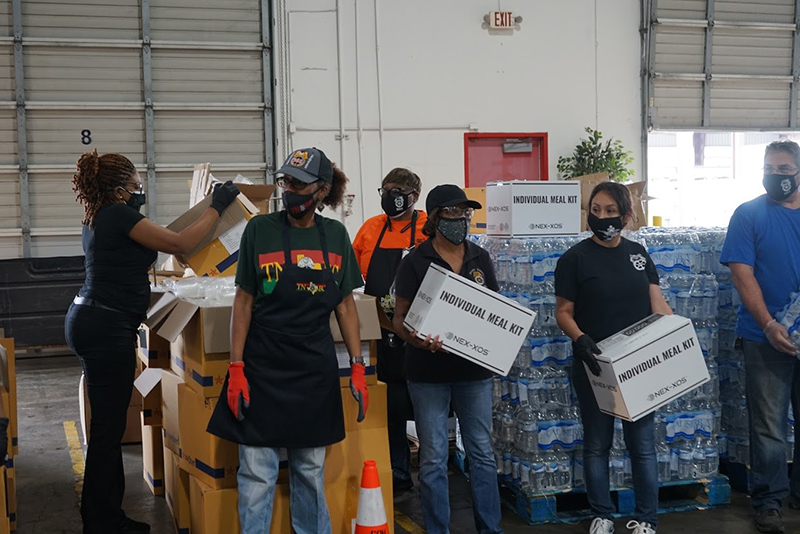 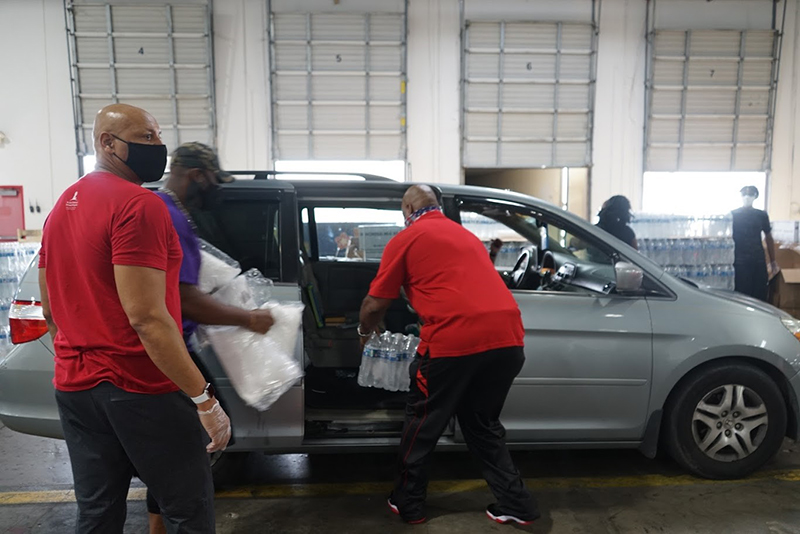