Mayor Sylvester Turner has selected an experienced and dedicated City of Houston employee to succeed beloved City Secretary Anna Russell, who died in 2020 after serving in the role for nearly seven decades.

Patricia Jefferson Daniel worked alongside Russell for many years and is the first African-American to be named City Secretary in Houston. 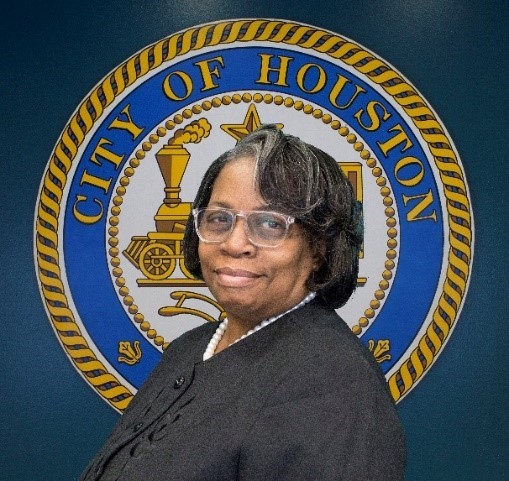 “No one can ever fill Anna Russell’s shoes, but I am honored to follow in her footsteps to support  Mayor Turner, City Council, and serving the people of Houston. My goal is to oversee an efficient and responsive office. I also hope to move forward on ideas to modernize our services during my tenure as City Secretary,” said Daniel.

Ms. Daniel has been a loyal City of Houston employee for over 36 years. She started in the City Secretary’s office as a typist. She quickly became knowledgeable about the inner workings of City Council, preparing council motions and setting up the chamber for meetings. Her previous experience as a Harris County Election Clerk prepared her to process mail‑in ballots for the mayoral election and other general and run-off voting functions.

Daniel says her mother, Norma Jefferson, who retired from Harris County Elections with over 40 years of service, instilled in her the importance of safeguarding the electoral process and ensuring that every voter’s right to cast a ballot is protected.

She was instrumental in leading the implementation of new computer systems in City Hall and in 1990 began assisting late City Secretary Anna Russell on special actions that required researching projects for the City and public sector.

“Pat Daniel brings a wealth of institutional knowledge to the position of City Secretary and will be an asset to the office as they move forward,” said Mayor Sylvester Turner. “Her appointment is historic, and it is fitting that Ms. Daniel’s position was made official during Black History Month. She has been the Interim City Secretary since 2018 and I am proud to make her role permanent.”