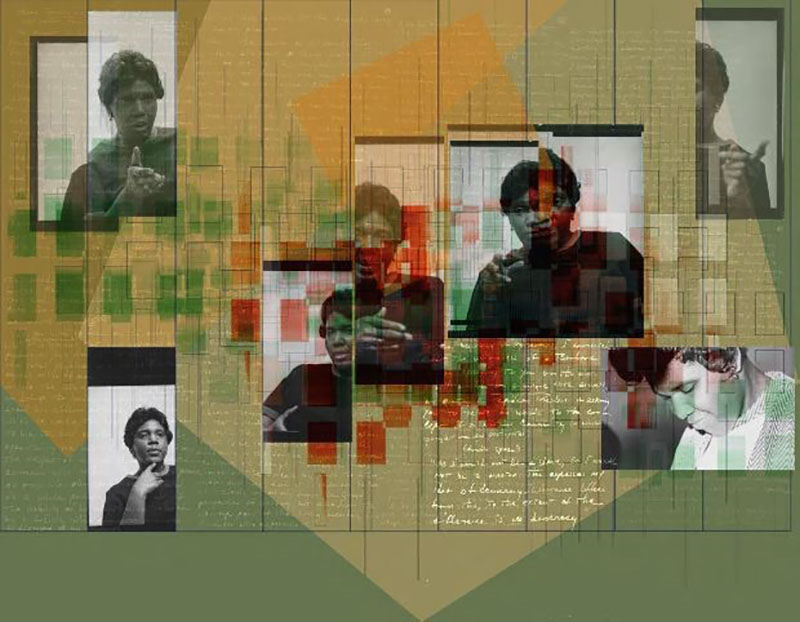 October 27, 2021 -- The City of Houston Mayor’s Office of Cultural Affairs (MOCA) is pleased to announce a forthcoming Civic Art commission for the Houston Public Library’s African American Library at the Gregory School celebrating the life of Texas Congresswoman Barbara Jordan. The artists selected to execute the commemorative artwork are Houston’s own Jamal Cyrus and his collaborative partner on the project, Charisse Weston.

“Barbara Jordan is a Houston legend and the artwork created by these artists brings present the impact she had in defending the United States Constitution and representing the people of this City,” said Mayor Sylvester Turner. “The City of Houston is proud to honor Congresswoman Barbara Jordan in such a creative way. Jordan was a pioneer – a woman of many firsts and seeing her image and her writing will keep her legacy alive to new generations.”

MOCA’s Civic Art Program, in collaboration with the Houston Public Library (HPL), requested the submission of qualifications from a nation-wide search for artists or artist-teams to design, fabricate, and install an outdoor artwork and tribute to the educator and civic leader.  A selection panel of City department, community, and art world representatives was assembled by Houston Arts Alliance to review artist qualifications and to recommended concepts for this project. Panelists included artist Leamon Green, curators Rebecca Matalon, Kanitra Fletcher, and Danielle Burns Wilson, and Director of Freedmen’s Town Conservancy Zion Escobar. 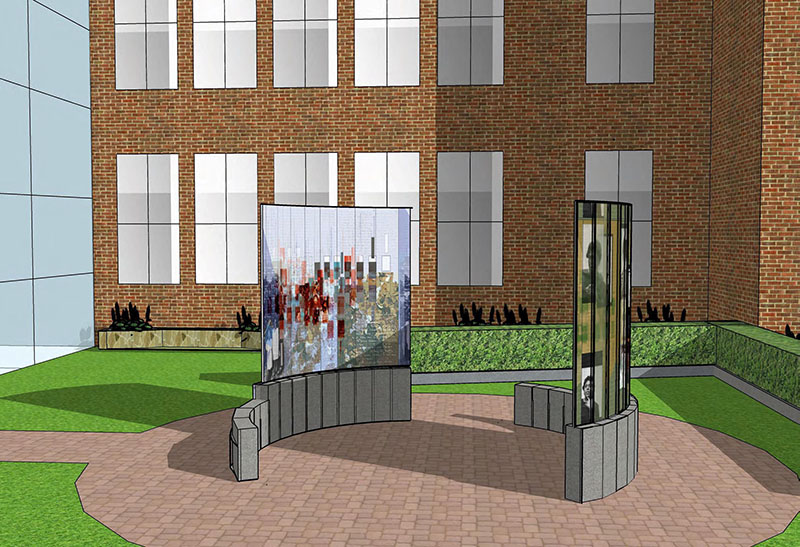 Born in 1936 in Houston, and raised in Houston’s Fifth Ward, Barbara Jordan attended Texas Southern University, where she graduated magna cum laude, and received a law degree from Boston University. After teaching at Tuskegee Institute in Alabama, she opened a law practice in Houston and became active in politics. In 1966 she won election to the Texas Senate, becoming the state’s first African-American senator since 1883. In 1972 Jordan was elected to the United States House of Representatives from Texas’s Eighteenth Congressional District, serving as the district’s first representative. She was also the first African American woman from the South to serve in Congress.

In 1976, Barbara Jordan became the first woman and first African-American to give the keynote speech at the Democratic National Convention. In 1978 she announced her transition back to the role of educator, becoming a full-time professor at the Lyndon B. Johnson School of Public Affairs at the University of Texas, eventually becoming an advisor to Texas Governor Ann Richards. Among her many honors and achievements is her receipt of the Presidential Medal of Freedom. Barbra Jordan died Jan. 17, 1996.

“This commission marks a pivotal moment in the timeline of our Civic Art Program. This is but the second public artwork honoring a woman to be featured in our Civic Art Collection – and the first honoring an African American woman – a leader of people whose influence crossed racial barriers and whose voice is very much relevant today,” said Necole Irvin, Director of the Mayor’s Office of Cultural Affairs. “Commissioned at the special request of our Mayor, this artwork firmly demonstrates the City’s commitment to broadening those perspectives represented by the artworks in our collection and our commitment to recognizing the diversity of heroes Houston enjoys.”

“The Houston Public Library is pleased through our partnership with MOCA to elevate civic art in the city in such a powerful way through this commission of the iconic Barbara Jordan. This project underscores The African American Library at the Gregory School’s founding charge to preserve, promote and celebrate the rich history and culture of African Americans in Houston and we are honored to host this dynamic work of art for the community to enjoy and experience.” stated Dr. Rhea Brown Lawson, Director of the Houston Public Library. 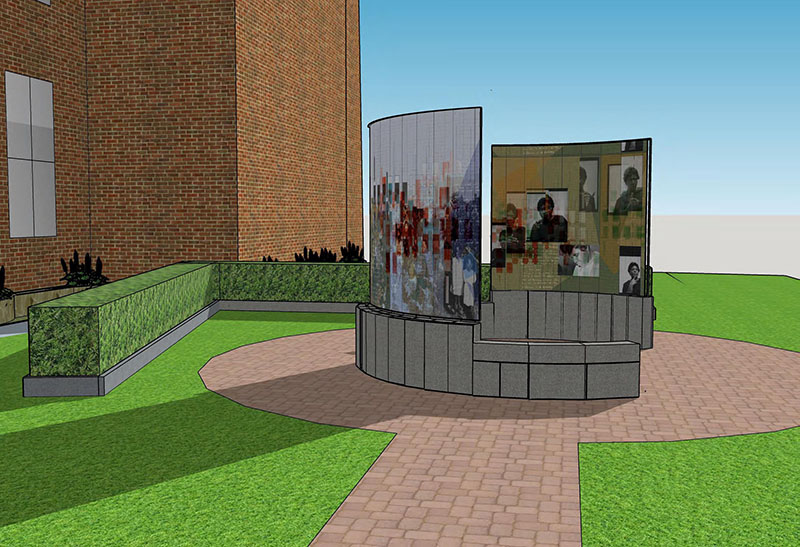 The commissioned artwork underway, Meditative Space in Reflection of the Life and Work of the late Barbara Jordan, is a dynamic, commemorative space wherein free-standing glass panels situated within a tranquil structure function as vehicles to represent, through an intricate photographic and text-based collage of materials, the life and work of Barbara C. Jordan. Transforming the lawn to the right of the Gregory School Library’s entrance, the Meditative Space invites visitors to enter a place of reflection to consider Jordan’s dedication to public service, racial justice, and the fulfillment of American ideals. The footprint of the commission is informed by the Adinkra symbol sepow, which represents justice and authority.

The commission presents an image of Jordan which highlights not only the prowess and commanding voice of Jordan - politician, lawyer, professor, and public figure - but it also celebrates the lesser-known image of Jordan as a woman of deep compassion and conviction rooted in her lasting ties to her family and community.

The commission is planned for debut at The African American Library at the Gregory School in the Summer of 2022.

About MOCA
The City of Houston Mayor’s Office of Cultural Affairs guides the City’s cultural investments with policies and initiatives that expand access to arts and cultural programs in the community, attract visitors and leverage private investment.