Houston – The Department of Neighborhoods (DON) is proud to announce the Complete Communities University (CCU) Fall 2022 Class graduation. Thirty-three aspiring community leaders from neighborhoods throughout the City received certificates of course completion at a graduation ceremony held on November 16, 2022 at City Hall. The program featured a key address by Mayor Sylvester Turner and remarks by Shannon Buggs, Director of the Mayor’s Office of Complete Communities, TaKasha Francis, DON Director, and CCU staff.

CCU is an 8-week online and in-person course for residents committed to making a positive impact in their communities. Course topics include leadership development through civic engagement, volunteerism, and voter education; how city and county governments function and impact neighborhoods; and how to effectively navigate City services and local resources. The classes are conducted by DON staff with expertise in civic engagement and knowledge of Houston neighborhoods and feature presentations by subject experts with City departments and partner organizations. 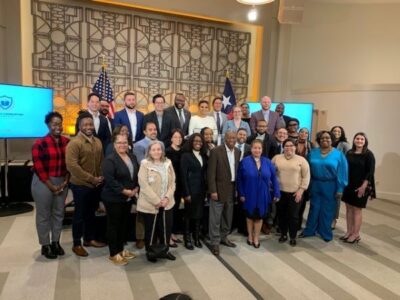 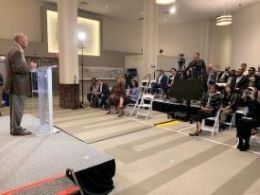 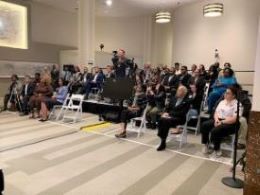 “I congratulate each of the Complete Communities University graduates.Through hard work, they have enhanced their community engagement and commitment to improving neighborhoods that are historically under-resourced and underserved,” said Mayor Turner. “As the third graduating class of Complete Communities University, they have demonstrated leadership, dedication, and collaboration. They now have a deeper understanding of the importance of private-public partnerships to improve our City, especially the 10 Complete Communities. I am confident that Houston will be led with integrity and grit to the next generation.”

“Complete Communities University is designed to teach Houstonians how our City operates so each of us can effectively advocate for our neighbors and ourselves,” said Director Buggs, “Graduating from this eight-week course is an achievement that demonstrates each person’s commitment to making Houston the most equitable city in the world. We look forward to seeing how these newest CCU graduates use what they learned to elevate the quality of life throughout Houston.”

“Citizen participation is the key to building strong communities, and CCU provides a forum for us to share knowledge with aspiring leaders and explore strategies for tapping people resources that exist in every neighborhood,” said Director Francis. “The goal is to get residents involved in actions that give them a voice and the prospect of results, such as participation in civic clubs and volunteer community projects and playing an active role in government affairs as advocates and voters. Congratulations to our 33 graduates! We look forward to continuing our relationship to support your efforts.”

*Designated a Complete Community under the mayor’s initiative benefiting

CCU Spring 2023 Session
The CCU Spring 2023 session will run March 8 to April 26. The 8-week course will be conducted in person and online via Microsoft Teams on Wednesdays, 6-8:30 p.m. In-person classes will be held at the City Hall Annex, 902 Bagby St.  Applications will be accepted from January 3 to February 8. For more information, go to www.houstontx.gov/neighborhoods/ccu.html or call DON’s Office of Neighborhood Engagement at 832-393-1061.

About Complete Communities University
Complete Communities University was introduced in 2018 by the Planning and Development Department as part of Mayor Sylvester Turner’s Complete Communities initiative. The Department of Neighborhoods relaunched the program in the fall of 2021, introducing a new curriculum for emerging community leaders and opening participation to residents from all Houston neighborhoods. The 8-week course focuses on leadership strategies to promote civic engagement, volunteerism, and voter education. The course also explores how city and county governments function and relate to neighborhoods and how to effectively access City and community services and resources.