Houston police have learned the identity of a man fatally shot at 4200 Dupont Street about 3:20 a.m. on Saturday (September 4).

The victim is identified as Christopher Jackson, 35. A photo of Jackson is attached to this news release.

HPD patrol officers responded to a report of a person down at the above address and found the victim lying in the grass near the street. He had suffered a gunshot wound and Houston Fire Department paramedics pronounced him deceased.

Further investigation revealed Mr. Jackson was on his way to work as a contractor for METRO rail. He was walking at the intersection of Dupont and England Street when he was fatally struck by gunfire.

A this time, there remains no known motive or suspect(s). 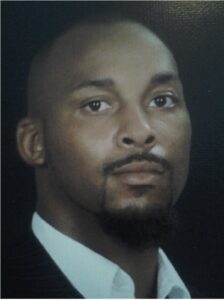