The suspect, Ronald Craig Jones (b/m, 36) is charged with murder in the 184th State District Court for his role in the killing of Joel Cruz, 19.

A March 2017 photo of suspect Jones is attached to this news release.

HPD patrol officers responded to a shooting call at the above address and found Mr. Cruz lying in the street deceased.

An investigation determined Cruz and a female drove to the location to purchase narcotics.  During the transaction, a physical altercation ensued between the female and another female.  At that time, the male narcotics dealer fatally shot Cruz.

Further investigation led to the identity of Jones as the suspect in this case and he was subsequently charged while in the Harris County Jail on a previous charge. 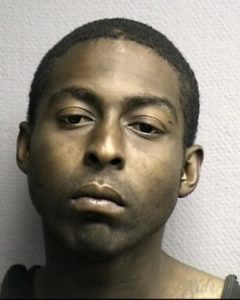