Charges have been filed against a suspect arrested after a fatal crash at 9100 South Freeway (State Highway 288 South) about 4:50 p.m. on Sunday (April 23).

The suspect, Larry James Williams (b/m, 37), is charged with possession of marijuana in Harris County Criminal Court #15.  A photo of Williams is attached to this news release.

The identities of the three deceased victims - an adult male, an adult female and a juvenile male whose ages are unknown - are pending verification by the Harris County Institute of Forensic Sciences.

Williams was driving a black Dodge Ram pickup truck at a high rate of speed southbound on Highway 288 in the exit lane to Reed Road when he veered back into the main lanes and struck a yellow Chevrolet Aveo.  Three persons inside the Aveo were pronounced dead at the scene, including the male driver, back right female passenger (driver's mother-in-law) and back left passenger (driver's juvenile son).  A fourth person inside the Aveo, an adult female (driver's wife) in the front passenger seat, was transported to an area hospital and is expected to survive her injuries.

The Dodge truck flipped on its side.  Williams and two passengers in his truck were not injured. 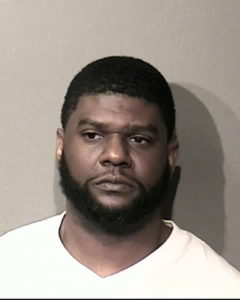