Charges have been filed against a suspect arrested in the shooting of a man and woman at 2401 Westridge Street about 12:45 p.m. on Wednesday (Nov. 4).

The suspect, Zachary Paul Duhon (b/m, 23), is charged with aggravated assault with a deadly weapon in the 209th State District Court.  A booking photo of Duhon is attached to this news release.

The wounded man, 24, and woman, 23, were transported to area hospitals in stable condition.

Duhon stated he was inside his apartment with a female acquaintance at the above address as the female stated that her ex-boyfriend was stalking her and showing up at the apartment complex.  Duhon stated the female snuck out of his apartment after learning the ex-boyfriend was in the parking lot.  Duhon said the male began banging on his door and eventually kicked-in the door.  Duhon told officers that, in fear for his life, he fired his weapon several times and struck Duhon in the knee and the female in the leg as she was returning to the apartment.  Paramedics transported the male and the female to area hospitals. 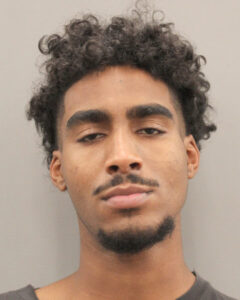