Houston police have arrested a suspect charged in the fatal stabbing of a man that occurred at 5738 Willowbend about 11 a.m. on Sunday (December 16).

Samuel Thomas Permenter (w/m, 31) is charged with murder in the 184th State District Court. A photo of Permenter is attached to this news release.

Permenter is accused in the killing of Phillip Hobbs, 49, who was pronounced dead at the scene.

Witnesses stated Mr. Hobbs and Permenter were both residents at the above address. Permenter brought a knife into the home and then stabbed Hobbs multiple times. Permenter was arrested at the scene without incident. 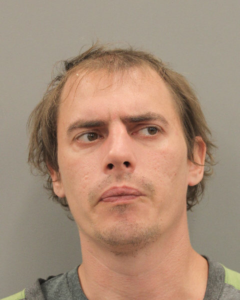