Charges have been filed against a suspect arrested in the fatal assault of a man at 1000 Sandman Street about 2:40 a.m. on Saturday (July 17).

The suspect, Camron Arquon Ellis (b/m, 18), is charged with murder in the 337th State District Court.  A booking photo of Ellis is attached to this news release.

The identity of the victim, 51, is pending verification by the Harris County Institute of Forensic Sciences.

HPD patrol officers responded to an assault call at the above address.  Upon arrival, they found Houston Fire Department paramedics on the scene who had observed two men in the street.  The victim had suffered apparent head trauma and was transported to St. Joseph Medical Center where he was pronounced deceased a short time later.

A witness described the suspect (Ellis) to police and reported seeing him assaulting the victim.  Patrol officers located Ellis at the scene and detained him for further investigation.  Ellis stated the victim was his uncle.  Following an interview with homicide detectives, Ellis was charged with murder. 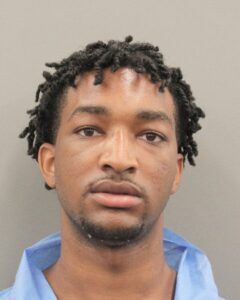