Mayor Sylvester Turner has appointed Marissa Aho, AICP, as chief resilience officer for the City of Houston to lead the city’s partnership with 100 Resilient Cities – Pioneered by The Rockefeller Foundation. 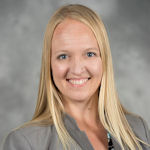 The position will play an essential role in leading city-wide resilience-building efforts to help Houston prepare for, withstand, and bounce back from the ‘’shocks’’ – catastrophic events like hurricanes, floods, and cyberattacks – and “stresses” – slow-moving disasters like aging infrastructure, homelessness, and economic inequality, which are increasingly part of 21st century life.

As chief resilience officer, Aho will report directly to Mayor Turner and oversee the development and implementation of a comprehensive Resilience Strategy for the city. CRO Aho comes to Houston from the City of Los Angeles, where she served as CRO for the past four years.

Houston’s membership in the 100RC Network, including funding for the CRO position, is being sponsored through $1.8 million in funding by Shell Oil Company, which has a long history of applying technical and strategic solutions to some of the most complex projects and challenging environments in the world. Houston joined the 100RC Network in August 2018, joining other cities like New Orleans, Paris, Bangkok, and Mexico City.

“As we ‘build forward’ to make Houston more resilient in the next storm or another kind of catastrophe, we are deeply fortunate to have Marissa Aho on our team starting today, the day that marks 18 months since Hurricane Harvey,’’ Mayor Sylvester Turner said. “I’m grateful to 100 Resilient Cities – Pioneered by The Rockefeller Foundation and Shell for its generosity and support, which show once again how important partnerships with private and non-profit groups are as we guide Houston into a promising future.”

“I’m grateful to 100 Resilient Cities – Pioneered by The Rockefeller Foundation and Shell for its generosity and support, which show once again how important partnerships with private and non-profit groups are as we guide Houston into a promising future,” the mayor added. “The 100 Resilient Cities initiative will allow Houston to embark on a comprehensive journey that brings together some of the city’s most thoughtful leaders and national experts to create a resiliency plan that that is uniquely Houston and helps us to grow and thrive.”

Appointing a CRO is an essential element of Houston’s resilience building partnership with 100 Resilient Cities, an organization dedicated to helping cities around the world become more resilient to the physical, social, and economic challenges that are a growing part of the 21st century. The City of Houston’s engagement with 100RC kicked off in November 2018 with a “Resilience Agenda-Setting Workshop,” beginning the process of bringing stakeholders within and outside government together to assess and prioritize the resilience challenges Houston faces.

The CRO is an innovative feature of 100RC’s resilience-building program, specifically designed to break down existing barriers at the local level, account for pre-existing resilience plans, and create partnerships, alliances and financing mechanisms that will address the resilience vulnerabilities of all city residents, with a particular focus on low-income and vulnerable populations.

While serving in this role in Los Angeles, CRO Aho managed the successful release of Resilient Los Angeles, a comprehensive plan featuring 96 immediate actions which give residents the tools to plan and prepare for inevitable shocks and stresses. In the strategy’s implementation phase, Aho paved the way for Los Angeles to embed resilience as a value that guides municipal planning throughout the city, culminating in the appointment of over 30 departmental chief resilience officers (DCROs) who form an in-city network of resilience practitioners in each branch of city government.

Other innovative initiatives in Resilient Los Angeles include developing an urban heat vulnerability index and mitigation plan, placing an equity lens over the city’s response to increasing extreme heat.

“Marissa has been a true leader in our network, and we expect great things from Houston with her at the resilience helm,” said Michael Berkowitz, President of 100 Resilient Cities. “Given the city’s unique geography and interplay of critical challenges, the resilience work coming out of Houston will be an asset to the resilience movement worldwide.”

Jason Klein, Shell vice president for US Energy Transition Strategy, added, “We support Houston’s vision to become a more resilient city. Marissa Aho’s efforts to bring together the right people and ideas will help ensure Houston remains a global hub for energy and innovation for decades to come.”

A diverse, thriving metropolis, Houston is driven by strong neighborhoods, renowned research institutions, and the large presence of the energy industry. The city’s location on the Gulf Coast has translated into significant preparation for extreme weather events and severe storms, most recently Hurricane Harvey in 2017.

Houston nevertheless remains vulnerable to less-familiar shocks and stresses such as addressing environmental degradation, strengthening its transportation network, and improving access to economic opportunity. Aho will be charged with fostering a citywide dialogue on these types of challenges, and build partnerships and processes that ensure Houston’s ability to thrive in a rapidly-changing global economy.

Aho will receive personnel and technical support provided by 100RC; and utilize resilience building tools from private, public, academic, and NGO sector organizations that have partnered with 100RC. Under her leaderships, Houston’s Resilience Strategy will be a holistic, action-oriented blueprint to build partnerships and alliances, financing mechanisms, and will pay particular attention to meeting the needs of all residents in the city.

Prior to serving as the Los Angeles CRO, she held senior staff positions at two Los Angeles planning and land use consulting firms. Aho has 15 years of policy, planning, and project management experience in the public, private, and nonprofit sectors where she has worked with interdisciplinary teams to find creative solutions to complex problems. She has a BA in political science from American University and a master of planning from the University of Southern California Price School of Public Policy. She is the Region VI commissioner for the American Institute of Certified Planners (AICP), section director of the Los Angeles Section of the American Planning Association (APA LA), and is a member of the USC Price Alumni Association board of directors.

About 100 Resilient Cities—Pioneered by The Rockefeller Foundation

100 Resilient Cities – Pioneered by The Rockefeller Foundation (100RC) helps cities around the world become more resilient to social, economic, and physical challenges that are a growing part of the 21st century. 100RC provides this assistance through: funding for a chief resilience officer in each of our cities who will lead the resilience efforts; resources for drafting a resilience strategy; access to private sector, public sector, academic, and NGO resilience tools; and membership in a global network of peer cities to share best practices and challenges. For more information, visit: http://www.100resilientcities.org/.