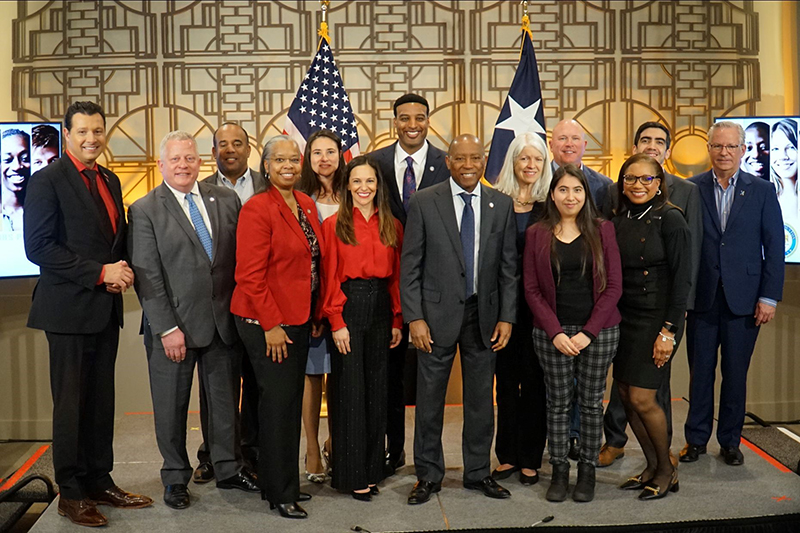 March 8, 2022 -- Mayor Sylvester Turner joined City officials and business leaders Monday to kick of his signature program, Hire Houston Youth, which provides paid summer jobs and internships to youth, age 16 – 24, at the City of Houston and in the public, private, and philanthropic sectors.

“Employment plays a pivotal role in reducing gender, ethnic, racial, and other social inequalities,” said Mayor Sylvester Turner. “Therefore, providing meaningful employment experiences for our youth is in the best interest of all, including young people, their communities, and Houston as a whole.”

Originally, the deadline for students to apply to participate was Friday, March 11. However, in light of Spring Break schedules, the Mayor announced at the press conference that the application period had been extended until April 8.

In 2021, with the economy on the rebound from the COVID-19 public health emergency, Hire Houston Youth offered over 9,500 opportunities. This year, Mayor Sylvester Turner set a goal of offering 12,000 job and internship opportunities, with a stretch goal of 15,000.

Recently, Houston was one of just five cities across the nation awarded a $150,000 grant by the National League of Cities that will be used for the Hire Houston Youth initiative. In addition to the monetary award, Houston will receive specialized assistance from the National League of Cities staff and other national experts to advance the city’s efforts to expand STEM career pathways for marginalized young people.

Through Hire Houston Youth and the awarded funds, the City of Houston has an opportunity to address long-standing inequities by creating pathways from residents to resilient, living wage trajectory jobs. This initiative also aligns with the Mayor's One Safe Houston campaign that seeks to reduce violence and prevent crime, provide increased crisis intervention, engage the community and provide outreach opportunities to young people.

ATCH: What is Hire Houston Youth?

Employers can sign up, and youth can apply for jobs by visiting http://www.hirehoustonyouth.org. The application deadline is April 8. For more information, please visit our website or contact our team at hirehoustonyouth@houstontx.gov. 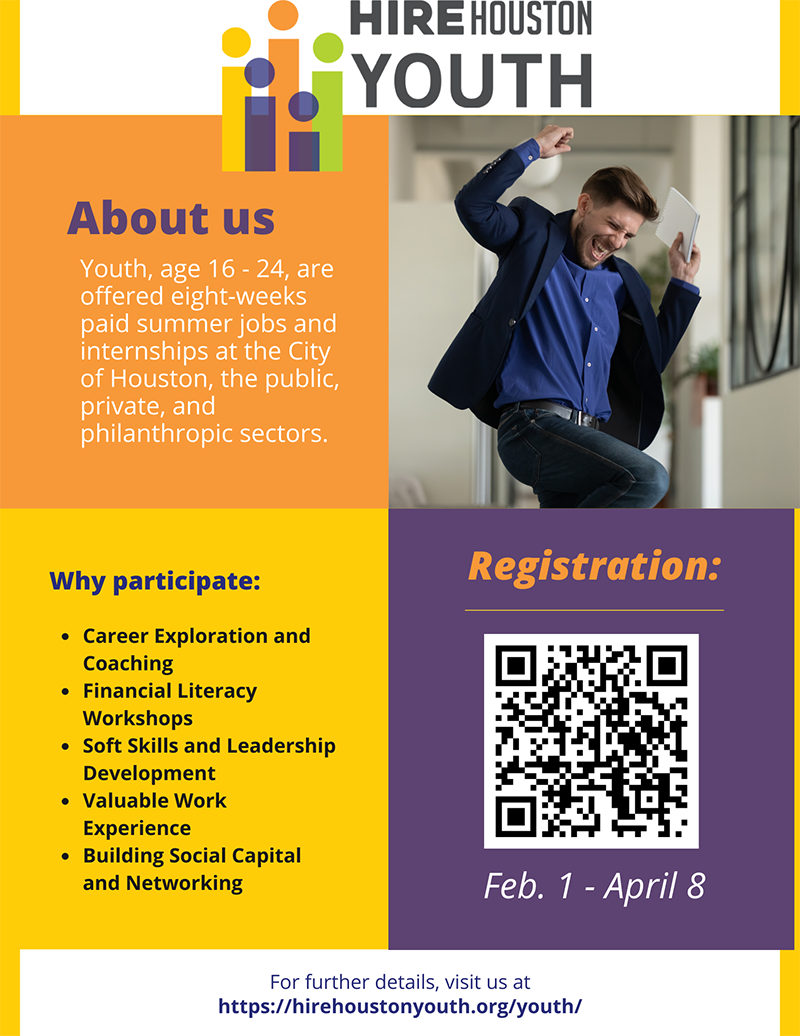