Mayor Sylvester Turner attended the swearing in ceremony and celebration for Harris County’s new leadership and issued the following statement:

“Today marks a new era in Harris County government. I congratulate Harris County Judge Lina Hidalgo, Commissioner Adrian Garcia, and all other officials, including a record number of newly elected judges, who were sworn-in.

“They have been afforded an incredible opportunity to lead in one of the largest and most diverse counties in the country, and I know they are up to the task and will serve all citizens in a fair and inclusive manner.

“The new year will provide more opportunities to strengthen the city-county partnership. The City of Houston stands ready to collaborate on issues like flood mitigation, criminal justice, infrastructure, mental health, and other critical initiatives.

“I look forward to working with Judge Hidalgo and others who want to see the city and county move forward in a positive direction. 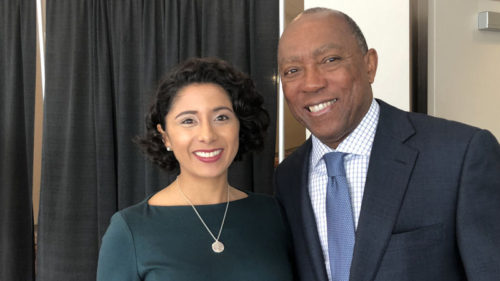