Mayor Sylvester Turner announces the awarding of grants totaling $40,000 to five creative individuals selected for a Storytellers program that will work with organizations in each of the Complete Communities neighborhoods: Acres Home, Gulfton, Second Ward, Near Northside, and Third Ward.

Complete Communities is the mayor’s pilot program aimed at improving neighborhoods so that all of Houston’s residents and business owners have access to quality services and amenities.

“Like every community in Houston, Complete Communities are packed with cultural assets and stories,” Mayor Sylvester Turner said. “Uplifting and supporting these communities with storytellers unique to each builds on a creative environment for visitors and Houstonians to share.”

The Storytellers will work to illuminate the arts and culture in their communities using media -- film, photography and creative writing -- to translate the communities’ creative work into narratives that can be used for marketing and neighborhood enrichment.

Each partner organization worked with the Houston Arts Alliance, the nonprofit agency that manages the grant program, and the Mayor’s Office of Cultural Affairs to select applicatants for the Storyteller positions. HAA is providing guidance and technical assistance throughout the process.

The Visit My Neighborhood Storyteller grant recipients and partnering community organizations are:

Jose Monterrosa – East End Chamber of Commerce (Second Ward)
Monterrosa is a writer and photographer with a master’s degree in advertising from Michigan State University. As a native of El Salvador, he has worked in Central America as a marketing manager developing projects in television and radio.

Marc Newsome – The Third Ward Cloth Cooperative (Third Ward)
Newsome is a filmmaker, photographer and graphic designer. His project, I Love 3W, is an ode to the Third Ward area, highlighting gentrification issues.

Ulavia Dilworth – Acres Homes Multi-Service Center Advisory Committee, Inc. (Acres Home)
Dilworth is an author, director and video editor. She is the director and writer of the documentary 100 years later and Acres Homes and is co-founder of Rebirth Black.

Ana De Leon – Culture of Healing-Advancing Together (Gulfton)
De Leon is a Latina bilingual fiction and non-fiction writer pursuing at master’s degree at the University of Houston in the Spanish and Literature and Linguistics departments. She serves as the Spanish Event Coordinator at Writespace, a Houston-based organization for emerging and established writers.

Javier Fernandez – Avenue CDC (Near Northside)
Fernandez is an independent filmmaker studying environmental issues and indigenous and marginalized communities. He works as a cinematographer at the video production agency Film Lab Creative.

Funding for the grant program is provided by the City of Houston using Hotel Occupancy Tax proceeds dedicated to the arts. 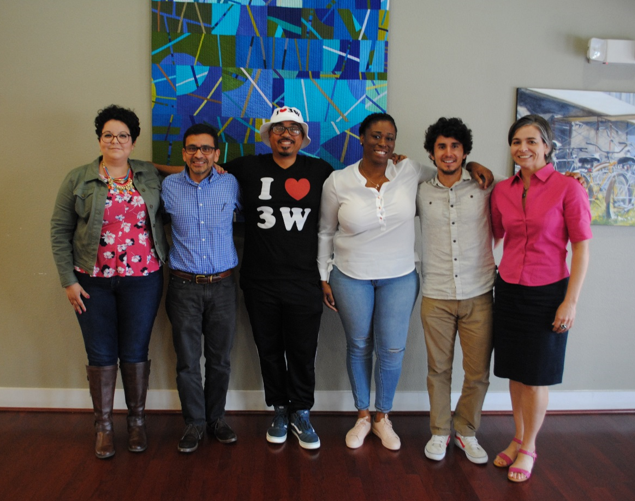