"The City of Houston is better today because of the leadership and presence of Archbishop Emeritus Joseph A. Fiorenza. He was a man of devout faith, who walked with quiet confidence, but his countenance spoke volumes over the years. 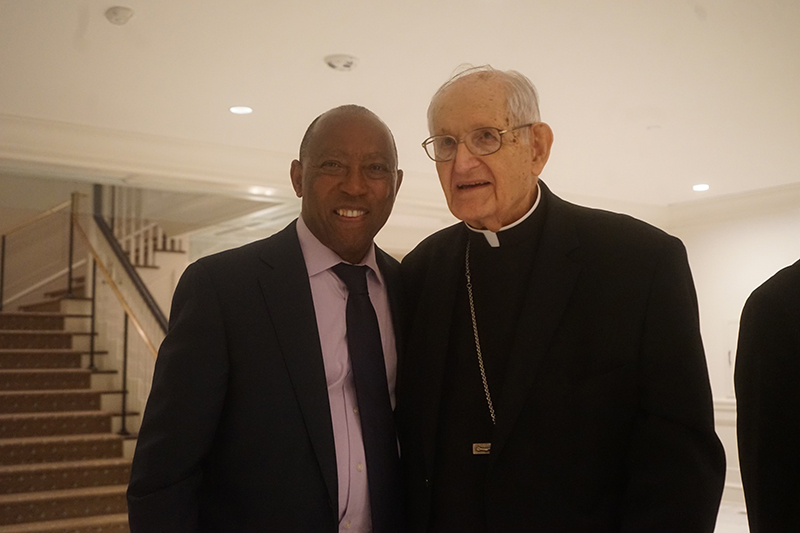 Archbishop Fiorenza was the first Archbishop of Galveston-Houston and advocated for social justice issues, interfaith collaborations, and people of all socio-economic backgrounds. As part of his enduring legacy, he touched countless lives through his work to build the Co-Cathedral of the Sacred Heart– Downtown and served as President of the United States Conference of Catholic Bishops.

As the head of the Archdiocese of Galveston-Houston, he was a steadfast supporter of the "least of these" in our community. Unsurprisingly, he marched with Martin Luther King, Jr., in 1965 to support marchers seeking voting rights and promoting nonviolent change.

He was one of the "Three Amigos," along with the late Rabbi Samuel E. Karff and Pastor William A. Lawson, who represented major pillars in our community. 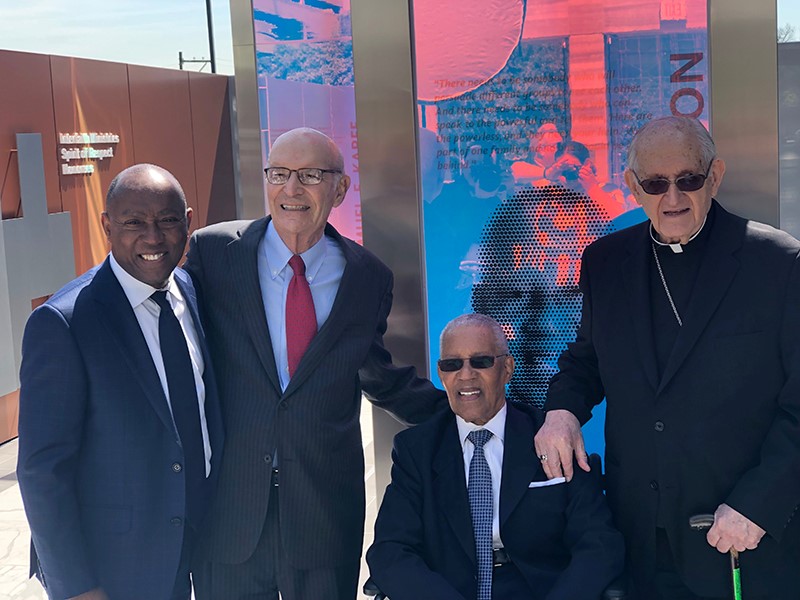 Together, they were the quiet voices of reason, understanding, cooperation, and collaboration. Over the years, they represented the threads instrumental in keeping a diverse city together. Several times during my administration, all three have sat around my conference table or provided me with words of wisdom on a conference call.

In 2018, Archbishop Fiorenza agreed to serve as an honorary chair of the Mayor's Task Force on Policing Reform. He demonstrated his unwavering commitment and courage to work for peace and unity. He was instrumental in bringing people together regardless of religion or politics.

In 2018, I was honored to co-chair a ceremony celebrating the Archbishop for receiving the Spirit of Francis award as an individual who shares the vision of three monumental men - St. Francis of Assisi, Pope Francis, and the organization's founder Father Francis Clement Kelley.

In Joseph A. Fiorenza, God sent us one of his best ambassadors. He worked to lift others and lead them to their salvation. He kept the faith, finished the course, and his work is done, and today, God called him home."