Please attribute the following statement to Mayor Sylvester Turner: “Houston will have other city secretaries, but there will never be another Anna Adams Russell. Today, my heart is broken following news of Anna’s death. Employees all over the city can claim dedication to their jobs; some can claim top seniority at their workplaces. Anna humbly made no claims and didn’t need to.

“She tirelessly personified public service throughout her nearly 68 years as a city employee, which made her our longest-tenured worker. I ask every Houstonian to join me in sorrow at the death of Anna Russell, age 88, and in lifting her three daughters, three grandchildren and one great-grandchild.

“I’d ask God to rest her soul, but she was hardly interested in rest. Getting the job done for the public was her constant quest. Part of her job was to tell each member of the public who addressed the City Council that “your time has expired.” Now that her own time has expired, we will remember Anna as someone whose occasionally tough veneer barely hid the warm and sharply humorous person underneath. 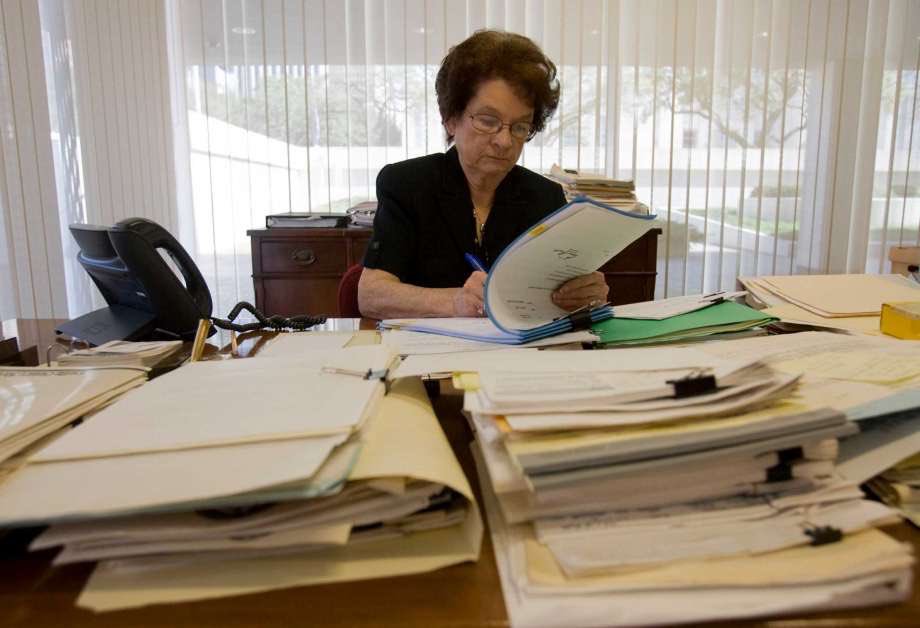 “Anna, a native of Lubbock, started work for the City of Houston in 1950 at age 18. She was a junior clerk paid $150 per month. She left the job in 1951, returned in 1952, and was appointed City Secretary in 1972 by Mayor Louie Welch. After Kathy Whitmire became the city’s first woman mayor in 1982, some called her “the other woman at City Hall” in deference to Anna’s strong, enduring presence. I was honored to be the ninth consecutive mayor to appoint her to the job of city secretary.

“On July 30, 2019, Anna Russell was honored for over six decades of service to the Office of the City Secretary and the City of Houston. She was a true gem of City Hall, and her unforgettable personality and demeanor  earned her the admiration and respect of her staff, the mayors, city council members and residents of Houston she diligently served.

“The City of Houston is truly grateful to Anna Russell for over two-thirds of a century of outstanding public service. Her commitment to a job well done exemplifies the best in service to others.