The CRSO is responsible for leading citywide resilience efforts to guide the City in preparing for, responding to, and withstanding catastrophic events such as hurricanes, floods, extreme heat and cold events, as well as longer-term issues like aging infrastructure and economic inequality. In addition, the CRSO will continue to champion a science-based and community-driven climate strategy that advances
Houston’s efforts in reducing greenhouse gas emissions to meet the goal of carbon neutrality by 2050.

“Sustainability and Resilience are intrinsically tied to each other. We created our resilience and climate plans to forge a path towards a stronger, more equitable city that not only faces and overcomes disaster scenarios, but builds forward to a better Houston tomorrow,” said Mayor Turner. “I am confident Priya will help us meet the goals we have established.”

As CRSO, Zachariah will oversee the implementation of both the Resilient Houston Plan and the Houston Climate Action Plan, a role for which she is well prepared after having been the Senior Program Manager for Regional and Long-Range Planning at Houston METRO. While at METRO, Zachariah led the team that successfully delivered the METRONext 2040 transit plan for the Houston Region.

“This is a critical juncture for all of us. We now have the opportunity as a community to turn our focus from resilience and climate planning, to implementation and a realization of the benefits of those plans,” said Zachariah. “I am grateful for this opportunity and look forward to working with Mayor Turner and all stakeholders to move us toward a more resilient and equitable future.”

Zachariah will oversee a team of five staff support personnel, including the former Interim Chief Resilience Officer, Laura Patiño, who joins Zachariah’s team as Deputy CRSO. In combining the former Sustainability and Resilience offices into one, and embedding those functions within the Administration & Regulatory Affairs Department, the Turner Administration is signaling the strongest position of any Houston mayoral administration for addressing climate and resilience challenges, with the highest level of staffing and funding support to date.

About the Mayor’s Office of Resilience and Sustainability
The Mayor’s Office of Resilience and Sustainability is responsible for implementing the Resilient Houston Plan and the Houston Climate Action Plan (CAP). The plans provide a clear framework to foster the growth of a Houston that is both a healthy place to live, as well as an equitable, inclusive, and affordable city that leads in climate mitigation and adaptation and offers a transformative economy that builds forward. To learn more about the CAP or Resilient Houston, visit www.greenhoustontx.gov. 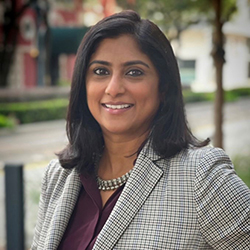