The United Nations Educational, Scientific and Cultural Organization (UNESCO) designated the Kellum Noble House, the Reverend Jack Yates House, and the Fourth Ward Cottage as part of its "Slave Route Project." The City owns the historic houses located in Fourth Ward, a neighborhood including Freedmen's Town that formerly enslaved people settled after the Civil War.

"I am pleased we could make this important announcement to create a memorable end to Black History Month. Everyone is invited to tour the three houses and learn about the slave routes and the people who helped build our city and our country. Their contributions were significant," said Mayor Turner. "It is vital that as we build for our future, we preserve our past so that it is never forgotten or repeated. African American history is American history, and we will continue to share the stories worldwide." 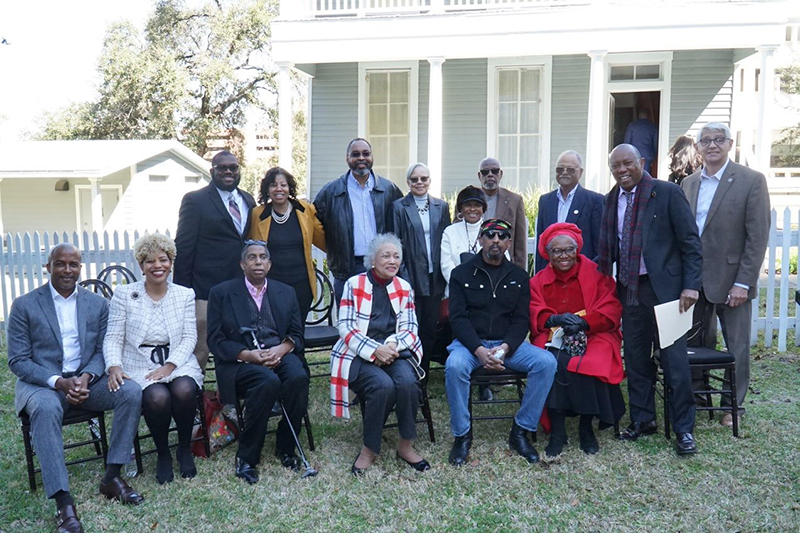 “We applied for the UNESCO designation in 2017 to add the sites and stories of the three houses,” said Heritage Society board member and Reverend Jack Yates’ great-granddaughter, Martha Whiting-Goddard.  “The UNESCO designation enables us to continue telling African Americans stories in Houston, helps keep our history alive for new generations, and brings tourists to Houston.”

UNESCO stated that the three houses are an important initiative in preserving the history related to enslaved African Americans in Texas.  The general public tours that The Heritage Society offers give a sense of the lives of African-Americans in Houston before and after the Civil War, enabling visitors to better understand the concrete effects that such historical events had on African-Americans’ lives.

UNESCO launched the initiative in 1994 to contribute to a better understanding of slavery, to promote sites and itineraries of memory related to the slave trade and the contributions of the descendants of African people, and to preserve archives and intangible heritage associated with this history.  A long-term goal of the Slave Route Project is to create opportunities for heritage tourism, enabling visitors to follow the steps of the forced migration of slavery from Africa to North and South America, as well as other parts of the world such as the Middle East and Asia.
“We give credit to our committee’s persistence and Jane Landers, a Gertrude Conaway Vanderbilt Professor of History at Vanderbilt University, in obtaining this honorary designation.” The Heritage Society’s board president, Minnette Boesel said.  Landers is a historian of Colonial Latin America and the Atlantic World specializing in the history of Africans and their descendants in those worlds.  Landers also serves on the UNESCO International Scientific Committee on slave routes.

“Thanks to board members like Martha Whiting-Goddard, our Black history tours help visitors experience and learn about lifestyles in the 19th and early 20th centuries during Houston’s eras of slavery, emancipation, and reconstruction,” said Boesel.

“Additional reasons to book a tour to see these sites is the Reader’s Digest also named the Jack Yates House twice as the most famous house in Texas and the 1847 Kellum-Noble House, the oldest house in Houston still on its original site, was named a 2021 Good Brick Award recipient by Preservation Houston,” said Bell.

Black History Tours are year-round and available from Wednesday through Saturday, during specific times from 10 a.m. to 4 p.m., and on Sundays for reservations made in advance. Picnics and outings in the City’s oldest park, Sam Houston Park, are encouraged. Tour information is available at https://www.heritagesociety.org/black-history-tours.

More about The Heritage Society: The Heritage Society is a non-profit organization founded in 1954 whose mission is to tell the stories of the diverse history of Houston and Texas through collections, exhibits, the arts, educational programs, film, video, and other content.  A number of public-spirited Houstonians formed in order to rescue the 1847 Kellum-Noble House from demolition.  The Heritage Society has since saved an additional nine historic buildings, moved them from various locations to join the Kellum-Noble House in Sam Houston Park, and restored them to reflect their respective eras.  These 10 buildings, along with the museum gallery, serve as historic reference points and exhibition spaces for more than 23,000 artifacts that document life in Houston from the early 1800s to the mid-1900s. To see a 2022 calendar of events, head here. For more information, please contact info@heritagesociety.org.