Today, Mayor Sylvester Turner unveiled safety improvements at an intersection where two cyclists were hit and killed near Rice University.
A ribbon cutting marked completion of the project which is part of the mayor’s “Safer Streets Initiative” and “Vision Zero Houston” to improve pedestrian safety at sidewalks, crosswalks and intersections. 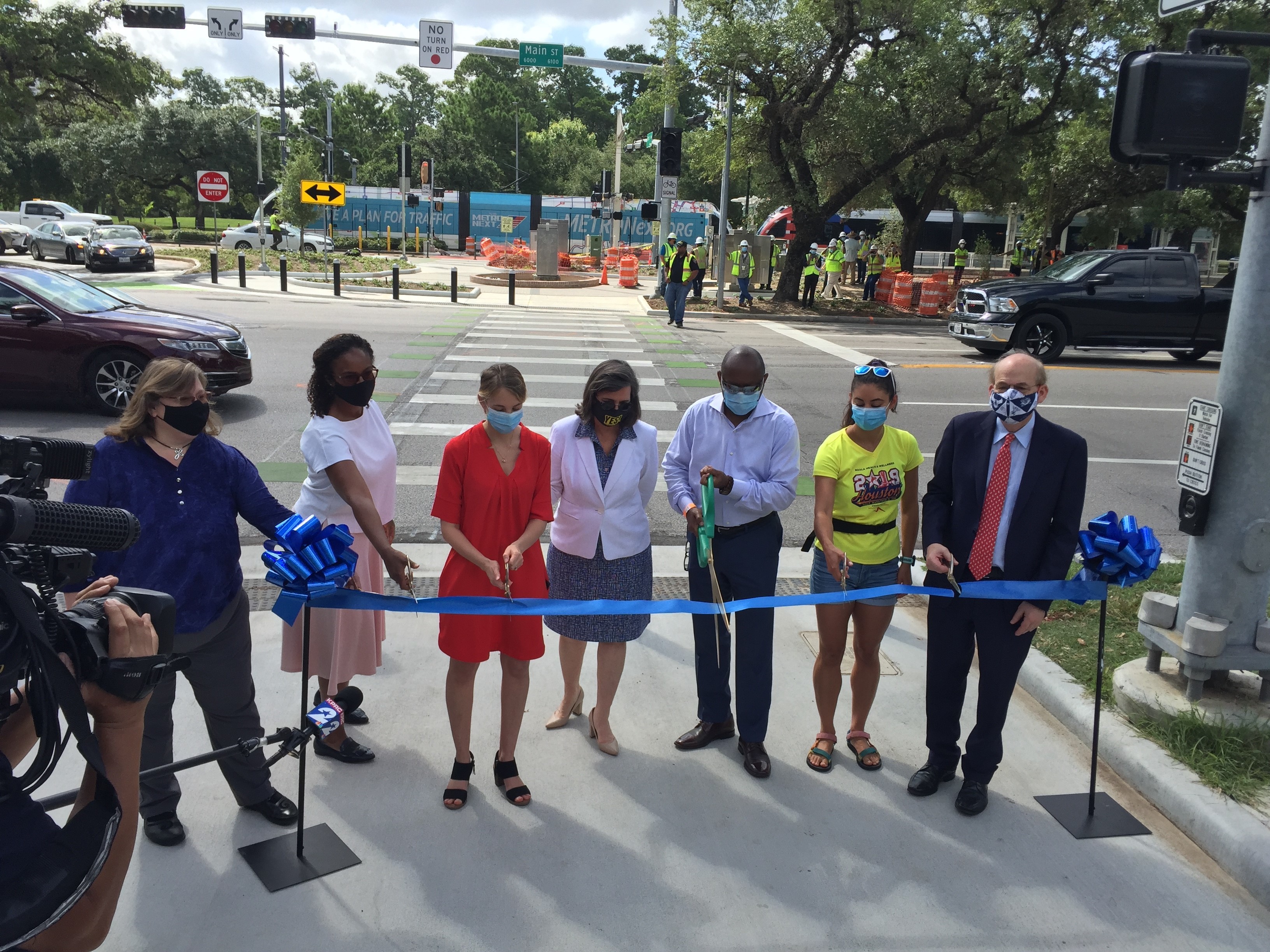 Houston Public Works and METRO partnered to improve safety along Sunset Boulevard, where it crosses Fannin and Main Streets leading from Hermann Park to the Gate 1 entrance of Rice University. Over the past three years, two cyclists have lost their lives along this intersection. Rice University physics professor Marjorie Corcoran was hit and killed while riding her bike in 2017. A year later, Sudipta Roy was killed while riding her bike along the same intersection. 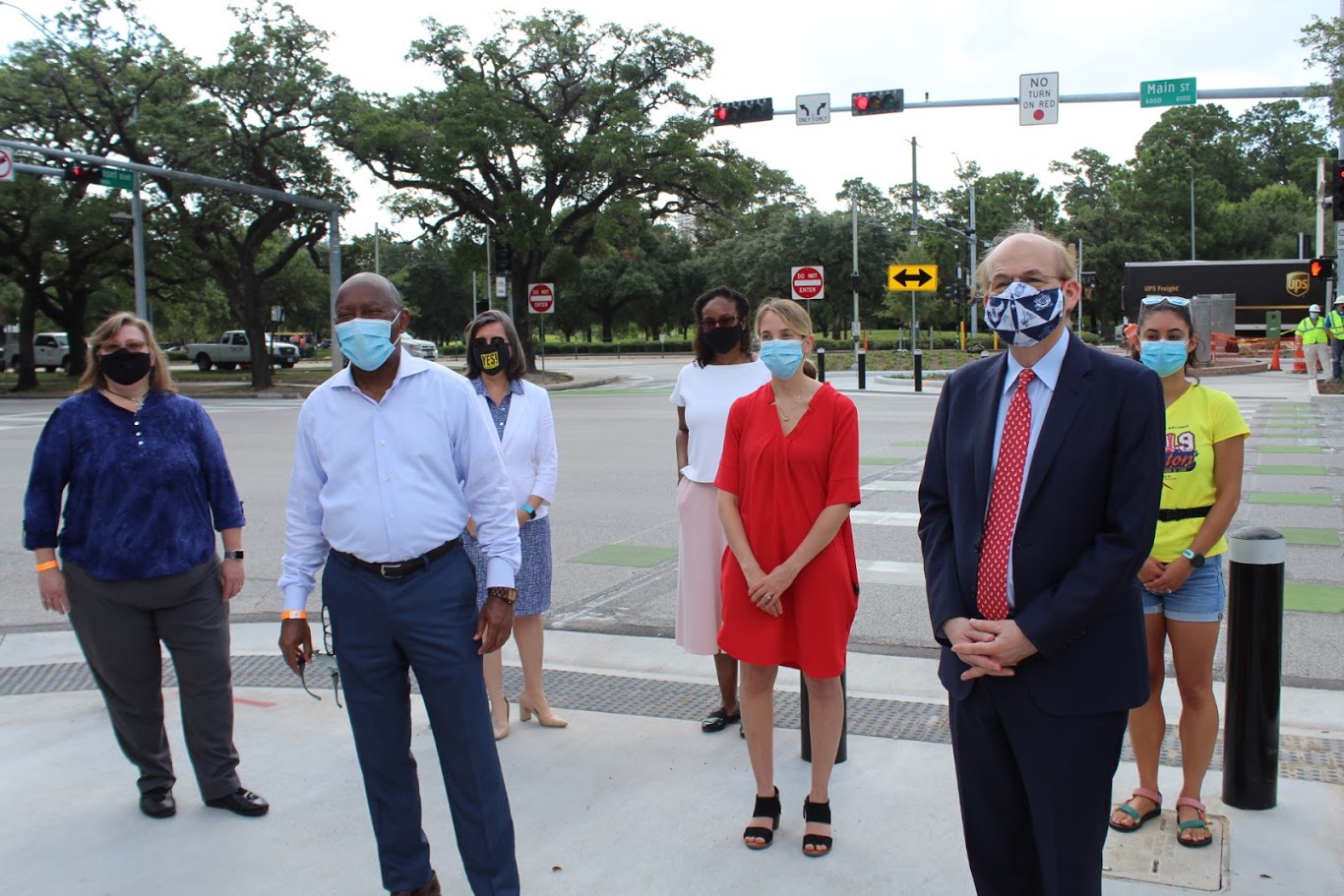 “Safety is a priority for the City, and we believe these improvements will prevent further tragedies in the future. We can prevent people from dying on our roadways. This is why I signed the Vision Zero Executive Order committing the City of Houston to ending traffic deaths and serious injuries on Houston streets by 2030. These improvements to Sunset Boulevard signify a promise fulfilled to improve another intersection in District C,” said Mayor Sylvester Turner.

METRO lead the design of the improvements. Houston Public Works adjusted the driving patterns. Houston Public Works removed the right turn on Sunset Boulevard. Drivers will be required to turn right on Main Street. These changes will protect pedestrians crossing Fannin to get to the METRO Rail stop. An added median and pedestrian signals will give cyclists and pedestrians longer time to cross the street. Color-coded crosswalks, along with curbs and sidewalks, have been added to help improve the function for pedestrians at the intersection. 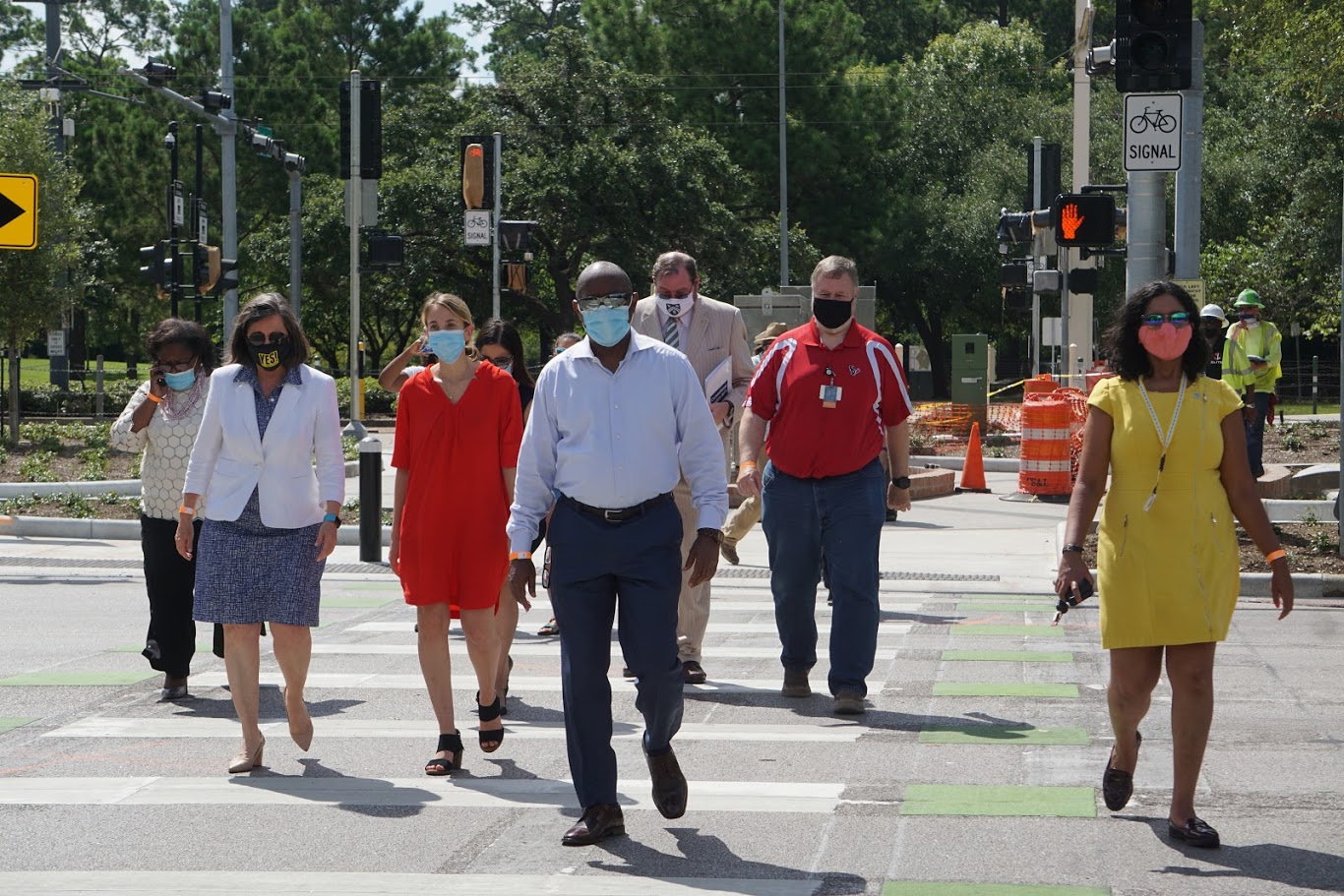 “Houston Public Works strives to create a strong foundation for Houston to thrive. Safety is our top priority and a safe commute is vital to maintaining a resilient infrastructure. Our team works tirelessly to address the needs for drivers, pedestrians and cyclists as Houston continues to grow and evolve.” 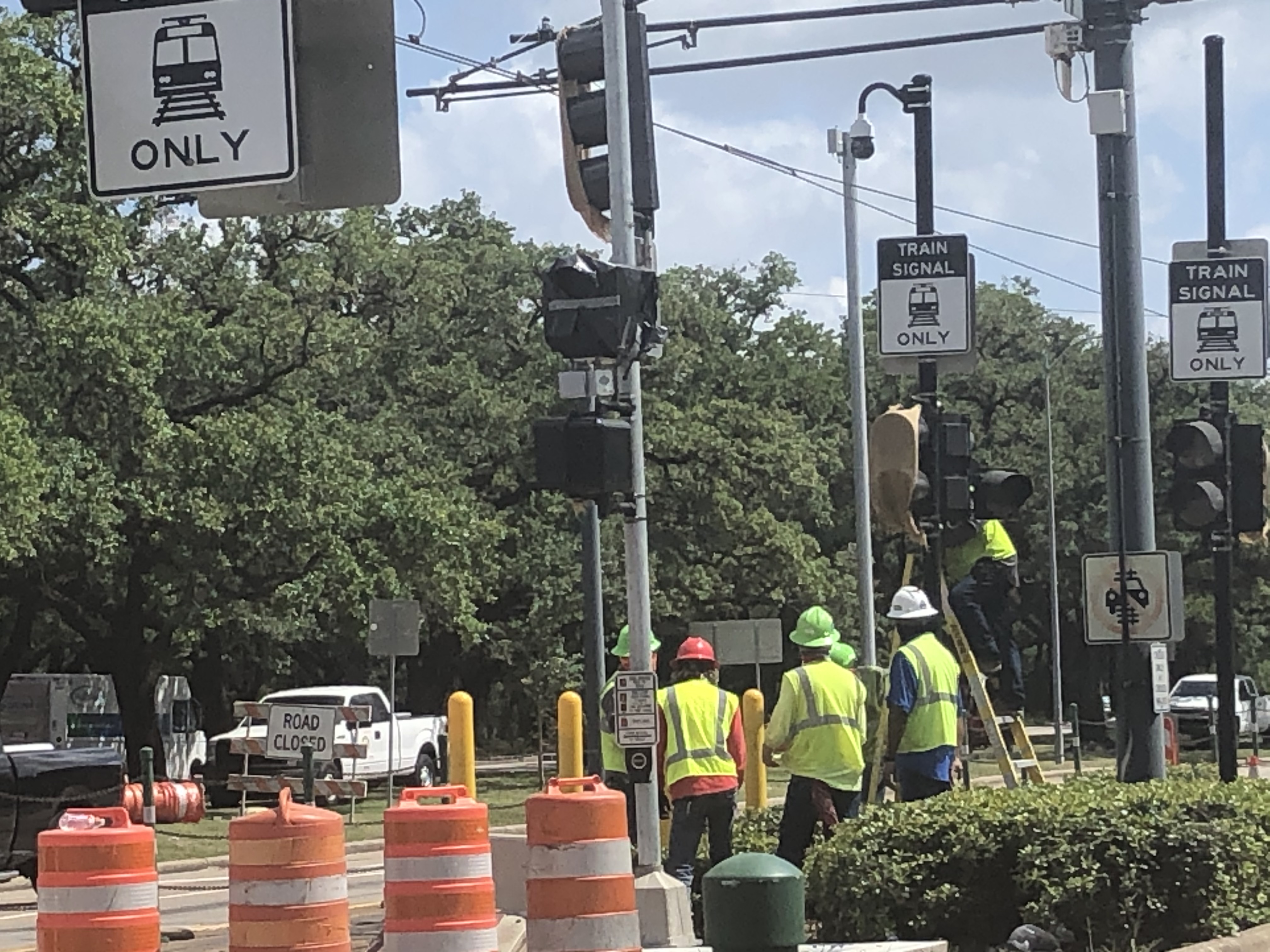