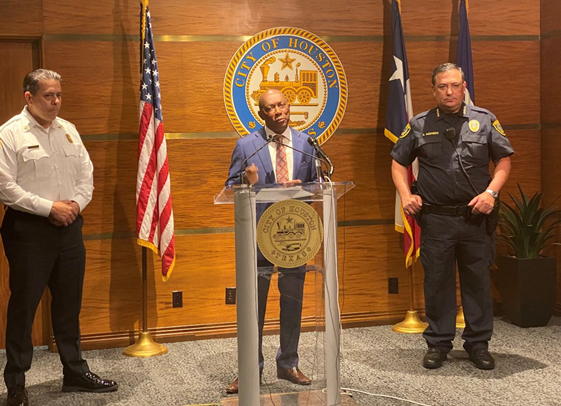 The City of Houston is not shutting down over the weekend because of COVID-19. Mayor Sylvester Turner is asking Houstonians to get their information from credible sources such as HoustonEmergency.org and to ignore false social media rumors designed to create anxiety and confusion.

“There is not going to be a lock-down, the city is not shutting down,” Mayor Turner announced during a Friday evening news conference. “There are only three people in the state of Texas who can make that decision, and that is the mayor, county judge, or governor. At this point, neither one has made the call. We are saying people should practice social distancing, wash their hands and use hand sanitizer.”

The mayor made the rare decision to address false social media reports in response to calls and questions he and other elected officials have received in recent days about a viral social media video and robocall.

“Social media can be good, but  get your news from the television, the newspaper, or government officials,”  Mayor Turner said. “But the last place to get your information as it relates to this COVID-19 crisis is unverifiable social media.”

The City of Houston has announced several changes in recent days to mitigate the spread of COVID-19 and to avoid overwhelming the health care system with people who have tested positive.

On Friday morning, the first of four COVID-19 drive-thru testing sites opened to serve health care workers and first responders experiencing symptoms. Both groups have the highest risk of exposure and the potential to infect others.

“This is something we all have in our control. We ask you to practice proper hygiene and limit physical contact to avoid the spread of COVID-19. Your Houston Fire Department is here for you. We’re in this together,” said Houston Fire Chief Sam Pena.