Mayor Sylvester Turner has appointed Robert Mock to serve as Interim Director of the Houston Emergency Center to replace David Cutler, who will be retiring on January 31.

Since Sept. 2018, Mock has served as the HEC Division Manager of Operations, Police and 911 Call Takers, where he provides oversight and management of 161 personnel. The staff includes 135 police and 911 call takers who answer over 1.8 million emergency calls and over 800,000 non-emergency calls per year. 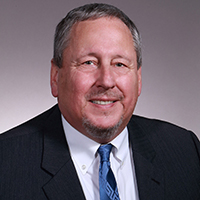 Mock previously served as the Houston I.S.D Chief of Police and Assistant Chief of Police from 2008 – 2018 and was a member of the Houston Police Department for 22 years, where he climbed from the rank of patrol officer to lieutenant in the homicide division.

He earned an M.A. in Criminology from the University of Houston – Clear Lake and a B.S. in Organizational Leadership from Mountain State University, Distance Learning Program, Beckley, West Virginia. Mock also graduated from the FBI National Academy.

“Robert Mock is highly effective as division manager at the Houston Emergency Center and will undoubtedly rise to the challenge of interim director of the HEC,” said Mayor Sylvester Turner. “With an extensive career in law enforcement, I know he will serve well in the role. I also want to wish outgoing director David Cutler a very happy retirement and thank him for his years in public service.”

Cutler had been the Director of the Houston Emergency Center since July 2005. Mock will fill the interim director role at the HEC beginning Monday, February 1.

“I look forward to the opportunity to maintain operations at HEC and appreciate the chance to serve under Mayor Turner,” said Mock.