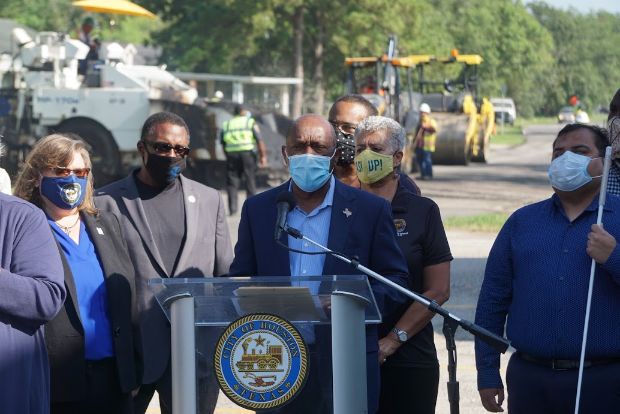 Street Rehabilitation provides many of the same benefits of reconstruction, but at a much lower cost. Public Works will rehabilitate nearly 300 lane-miles of roadway across the City this year, which is double what crews accomplished last year and almost four times the amount three years ago.

In January, Mayor Turner identified rehabilitating Houston streets as one of his priorities and asked Public Works to develop a plan within 60 days. The mayor wanted a plan that would go beyond the next-day pothole program and move from just repairing to improving the City’s streets.

Public Works submitted the proposal just as the City’s attention shifted to addressing the COVID-19 pandemic.

The initiative will focus on extending the life of existing infrastructure by rehabilitating street surfaces, fixing curbs, storm drains, sidewalks, and bringing ramps up to accessibility standards.

“The Street Rehabilitation Initiative is my vision for creating safer, more sustainable communities for Houstonians,” said Mayor Sylvester Turner. “I asked Public Works to change the way the City of Houston is doing business by taking a more holistic approach to how we use our streets as part of a Complete Community.”

Mayor Turner launched the street repair program in District D, along with Council Member Carolyn Evans-Shabazz, as Houston Public Works crews worked nearby to make infrastructure improvements in the 7700 block of Jutland. Improvements in the Sunnyside Complete Community include more than two miles of rehabilitation to streets, curbs, gutters, and curb ramps.

Citywide, Public Works is using data that measures the condition and ride ability of the streets to prioritize rehabilitation projects in all 11 Districts. The amount of work done in each council district will be determined by the percent of streets in that district. 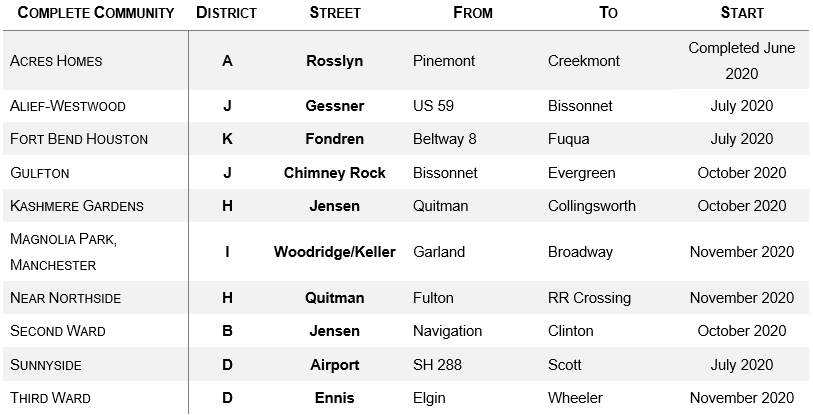 “Rehabilitation is a fiscally responsible way to manage our streets,” said Houston Public Works Director Carol Haddock. “When we put most or all our money into reconstruction, we only work on 15 to 20 lane miles of roadway per year. When we use this same money to rehabilitate those roads that need some attention but aren’t completely broken up, we can improve more than 300 lane miles per year.”

Mayor Turner has asked Public Works to provide a detailed briefing of the new initiative at the Transportation, Technology, and Infrastructure Committee Meeting scheduled for Thursday, September 17th at 10 a.m. The committee meeting can be streamed on Houston Television and its social media platforms.