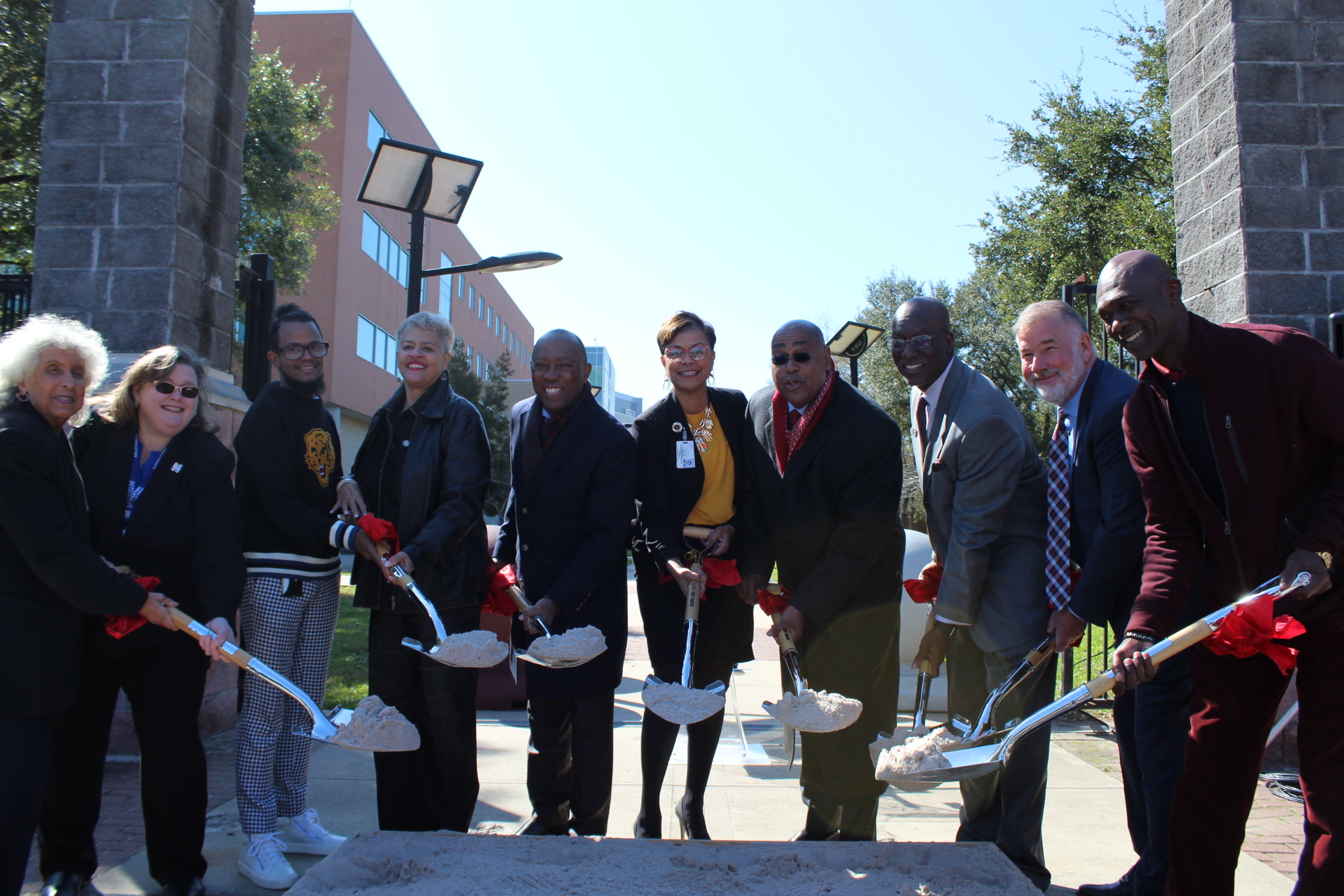 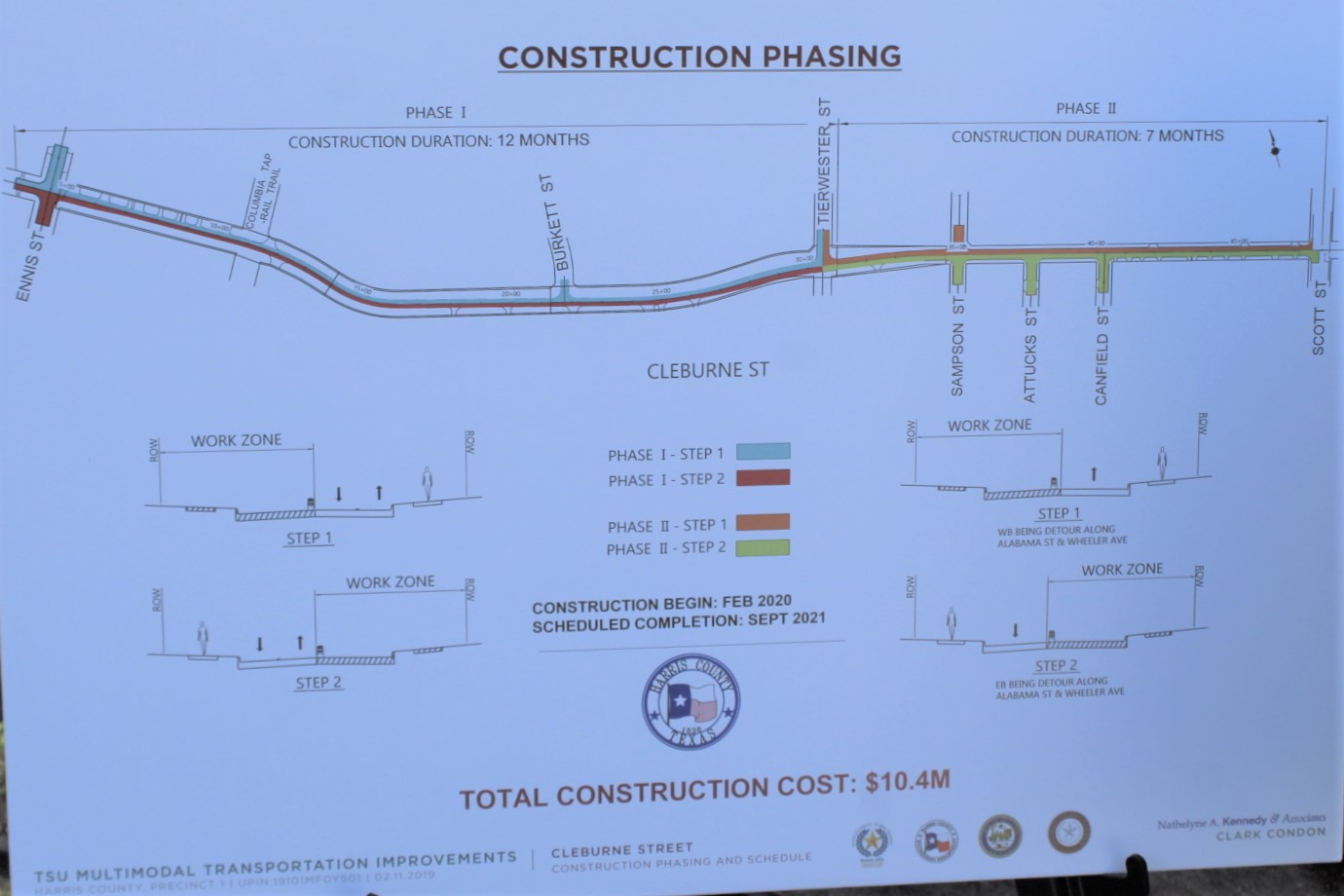 “I cannot say enough about how thankful we are to have a Harris County Commissioner who is willing to partner with the City of Houston to improve streets and sidewalks near Texas Southern University and in one of my Complete Communities. Every community deserves to be a safe and attractive place to live, work, play, study and worship,” said Mayor Turner.

The Cleburne improvements between Ennis and Scott are part of $30 million Commissioner Ellis pledged last year to invest in reconstructing Cleburne and five other streets in the TSU-University of Houston corridor. The projects will improve safe mobility for all users, including pedestrians, bicyclists, motorists and transit riders. In addition, drainage improvements will help reduce street flooding during heavy-rain events. Also included will be lighting for safety and landscaping features to beautify the areas. 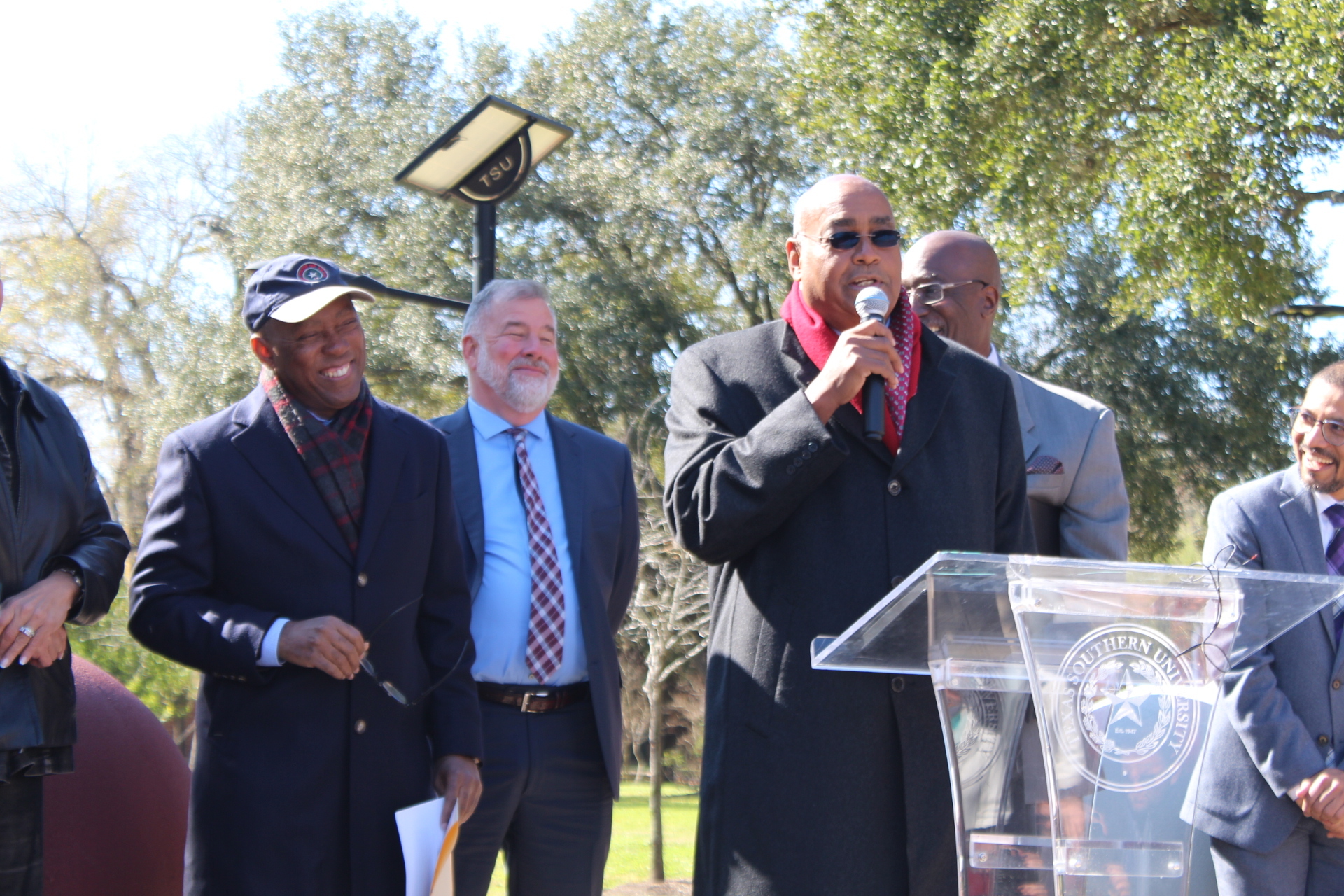 “We dubbed this project the University Corridor,” Commissioner Ellis said. “Well Cleburne will be the official corridor because it connects TSU, UH, Metro rail on Scott and everything in between including Yates High School and Cuney Homes. The Cleburne redevelopment will enhance this beautiful campus and improve the quality of life for students, staff, visitors and the surrounding neighborhood. This is a needed investment in Third Ward.”

On the Cleburne project, Precinct One will contribute a little over $9.5 million and the city will pay $813,027.

“Cleburne Street represents the front door to Texas Southern University,” said TSU Acting President Huewitt. “It also links three historic Third Ward educational institutions – TSU, University of Houston and Yates High School. It is critical that this street reflects the hope that education brings to so many. The improvements resulting from this project will go a long way to not only improve mobility for this community, but also give Cleburne Street a much-needed facelift.”

At a news conference at a pedestrian entrance to TSU campus at Cleburne and Tierwester, Commissioner Ellis, Mayor Turner and Acting President Huewitt outlined the Cleburne project and expanded on its benefits to the university and the neighborhoods. They were joined by Councilmember Carolyn Evans-Shabazz,
Houston Public Works Director Carol Ellinger Haddock,Yates High School principal Tiffany Guillory and two TSU students who worked on the project as interns. 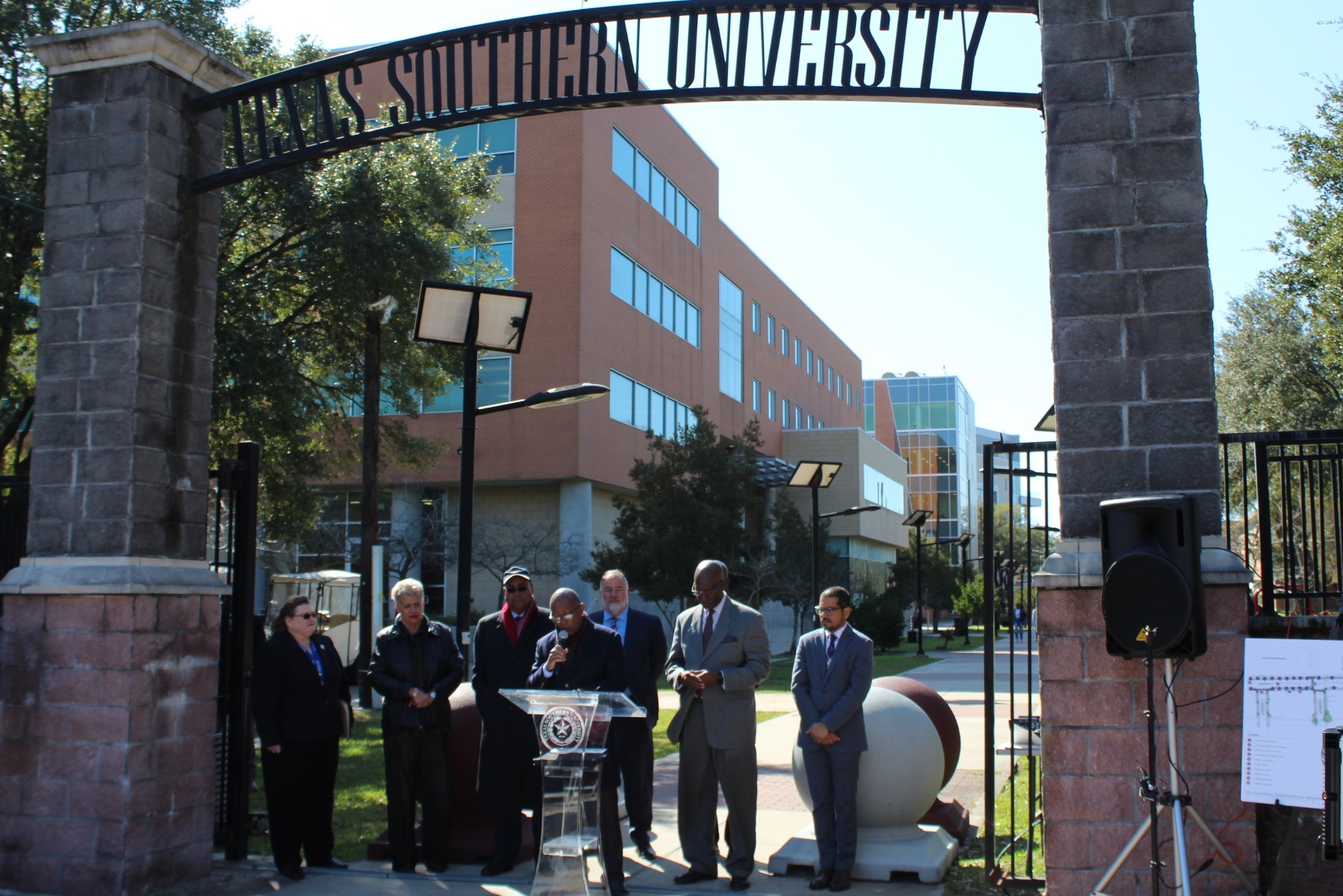 TSU Phase I improvements to Cleburne between Ennis and Scott streets consist of reconstruction of concrete curb and gutter roadway with 8- to 10-foot sidewalks for people walking or biking. It also includes a drainage system, waterline and streetscape enhancements like new street lighting, irrigation system and trees. The improvements will help reduce flooding in the area and will represent a major investment in the Third Ward community.

Other streets slated for improvements near TSU are Blodgett (Scott to Ennis); Tierwester (Blodgett to Rosewood) and Rosewood (Tierwester to Scott). The streets near UH are Cullen (North MacGregor Way and Interstate 45); and Wheeler (Cullen to Scott).