Mayor Sylvester Turner has selected Christopher Olson -- a U.S. State Department foreign service officer since 2005 who previously served as a U.S. Navy officer and business consultant -- to serve as director of the Mayor’s Office of Trade and International Affairs.

The office serves as an international liaison, attracting foreign trade to and from Houston and promoting bilateral relationships between city leaders and delegates from all over the world.

“Promoting Houston’s diplomatic and international business affairs is paramount to our vision of an ever more global and prosperous Houston,” said Mayor Turner. “We are fortunate to have Christopher Olson helping us toward that goal. His comprehensive expertise in global relations will be invaluable to the city.”

Olson had State Department diplomatic postings in Afghanistan and Albania. More recently he worked as a department program manager in Washington, D.C., where he supervised programs in Africa, and Middle East and Central Asia and advised business leaders about a variety of international issues.

From 2003 to 2005 he was a business consultant in the private sector. During his Navy service from 1996 to 2003 he was a surface warfare officer, which included a tour as an anti-terrorism officer in the Pentagon, where he coordinated a multi-billion dollar homeland security program.

This year, Olson (in photo below) completed his executive master of business administration degree at Rice University, where he was recognized as a Jones Scholar for highest academic and leadership honors. 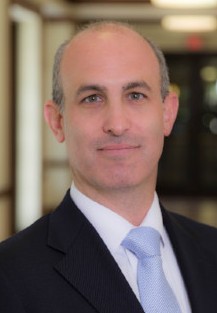