Houston’s drinking water meets or exceeds all Federal and State standards and is safe for consumption. Houston Water has conducted over 100 tests on drinking water samples since the boil water notice was lifted on Sunday, February 21st to ensure the City’s drinking water remains safe.

Houston Public Works is aware that some customers are experiencing water with a strange or bad odor. Houston 311 saw an increase in calls to report the odor beginning on Tuesday, February 23rd.

The locations of these reports were mapped to help pinpoint the likely cause of these odors. They are generally west of downtown Houston and align with the zone where groundwater from the west and surface water from the east are blending in the system. 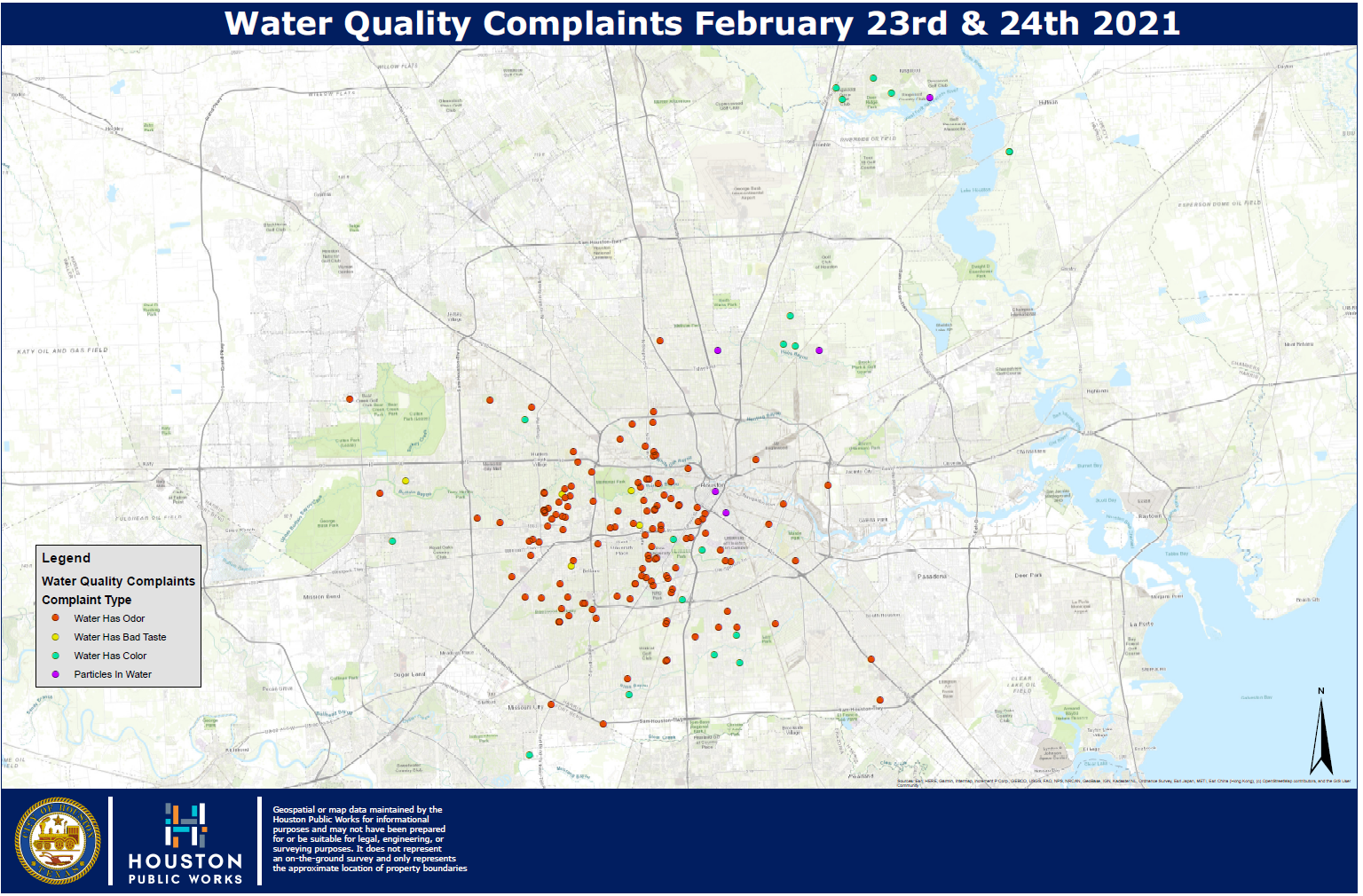 Chlorine and ammonia (chloramine) are used to disinfect surface water. For groundwater, the disinfectant is just chlorine. The combination of these disinfectants leads to the odors that people experience – “the stink”.

“This is a harmless odor that we try to avoid in our water system, but right now Houston Water is disinfecting the drinking water at higher concentrations in response to last week’s water emergency,” explained Carol Haddock, PE, Director, Houston Public Works.

Houston Public Works continues to monitor and adjust disinfectant concentrations back to normal operating levels which will reduce and eliminate the stink in the next two to three days.

The Texas Commission on Environmental Quality has stated, “when the chloraminated water first flushes out the chlorinated water there may be a slight taste and odor, and possibly discoloration for a short period of time. This will not compromise the safety of the water”. (TCEQ Publication RG-195)