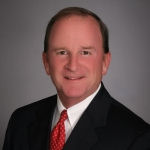 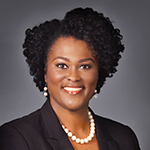 “Both council members are exceptional leaders and have been effective advocates for their respective council districts,” Mayor Sylvester Turner said. “I fully expect Council Members Martin and Castex-Tatum to continue to demonstrate their commitment to serving all citizens of Houston over the next four years.”

First elected in November 2012 to represent the Kingwood and Clear Lake areas, Martin has served as Chair of the Budget and Fiscal Affairs, Chair of the Budget and Fiscal Affairs Subcommittee on Debt Financing and Pensions, and a member of Economic Development; Ethics, Elections and Council Governance; and Transportation, Technology and Infrastructure.
The Mayor Pro-Tem serves as the acting mayor when Mayor Turner is unavailable.

“Councilman Martin’s relationships on the state and federal level will be helpful as Houston fights for flood mitigation, housing recovery and other projects to keep our city strong and resilient,” the mayor said.

Council Member Castex-Tatum won a special election in May 2018 and was sworn in as the Houston City Council Member for District K on May 16, 2018. She currently serves on the Budget and Fiscal Affairs, the Economic Development, the Housing and Community Affairs and the Transportation, Technology, and Infrastructure Committees. She is also the city of Houston’s representative on the Texas Municipal League Board of Directors.

“Council Member Castex-Tatum is seasoned and knowledgeable of city services and operations,” Mayor Turner said. “A record number of women will serve on the incoming city council. This is her time to lead, and I look forward to working with her over the next four years.”

The mayor, city controller and city council members will be sworn-in at 9:30 a.m. Thursday, January 2, at the Wortham Theater.