Day Four Of Trade And Investment Mission Visiting To TotalEnergies

June 30, 2022 -- Energy Transition, renewables, and electricity were topics of discussion when the City of Houston and Greater Houston Partnership delegation visited TotalEnergies headquarters in Paris, France.

TotalEnergies is a global multi-energy company that produces and markets energies: oil and biofuels, natural gas and green gases, renewables and electricity.

It has more than 100,000 employees worldwide, including in Houston, who are committed to energy that is ever more affordable, cleaner, more reliable and accessible to as many people as possible. Active in more than 130 countries, TotalEnergies puts sustainable development in all its dimensions at the heart of its projects and operations to contribute to the well-being of people.

The City of Houston - GHP delegation spent Thursday touring the company's global headquarters and speaking with key leadership about Carbon Capture and Storage, and Mobility in Cities.  Since 2020, TotalEnergies has been pursuing its deployment in large metropolitan areas around the world. The Company has a large portfolio of charge points in operation or under construction. All of these developments are in line with TotalEnergies’ ambition to operate more than 150,000 EV charge points in Europe by 2025. 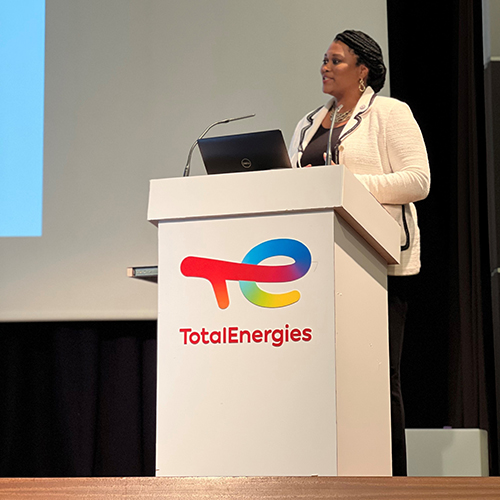 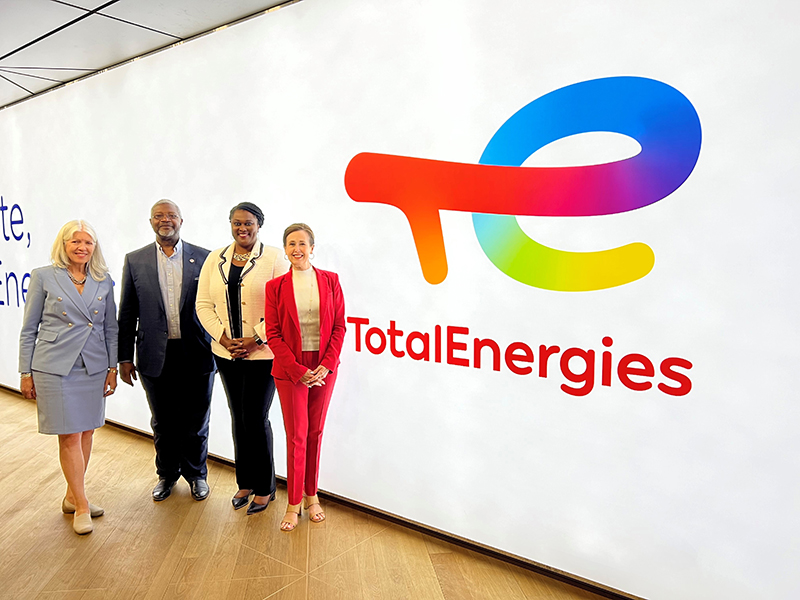 "The company is taking responsibility and moving towards carbon neutrality, together with society. As a company, we have a strong presence in the city of Houston, and I know that Mayor Sylvester Turner also has a strong goal of being carbon neutral. The importance of this day with the GHP and COH delegation is to show what TotalEnergies is, our journey to carbon neutrality, and the value we can bring to cities like Houston that share the same ambition," said Pierre Bang, President and Chief Executive Officer at TotalEnergies E&P USA, Inc.

In 2020, Mayor Turner launched the Houston Climate Action Plan (CAP) and announced the City's commitment to reduce emissions, achieve carbon neutrality by 2050 and make Houston a leader in the global energy transition.

"I am grateful to TotalEnergies for hosting the delegation and being the trade mission sponsor," said Mayor Turner. "While I am not in France, the company shares our goals on climate. As the Energy Capital of the World, Houston is also focused on energy transition. We look forward to building opportunities and expanding possibilities with TotalEnergies."

"We are excited to visit a leading company in the energy industry and learn more about what TotalEnergies is doing in terms of oil and gas and the energy transition. Our City's greatness is built upon the diversity, work ethic, and innovative spirit of those who call our city home, including the companies that call Houston home. I believe this day will lead to new collaboration strategies to help improve the lives of our communities and those around the world," said Vice Mayor Pro Tem Martha Castex Tatum, who is leading the delegation for the City.

The Houston - France Trade and Investment Mission is focused on promoting Houston as a city of innovation, energy transition, space, education and strengthening Houston's cultural and tourism ties with France.

The last day of trade and investment mission is Friday, July 1, after the delegation visits the world's largest startup campus. 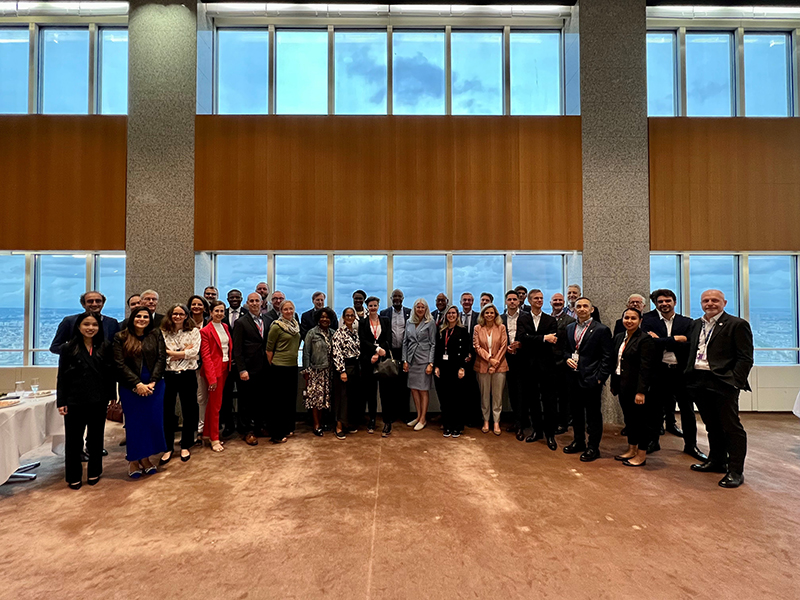 Members of the City of Houston and GHP delegation at TotalEnergies