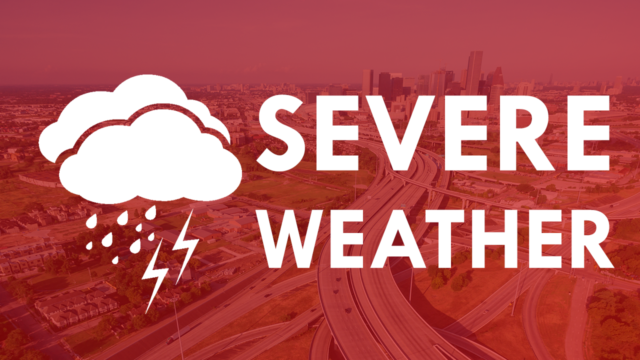 HOUSTON – The City of Houston is responding to flooding throughout the area, and is urging residents to take precautions if they plan on traveling this morning.

Due to torrential rainfall overnight, there are multiple areas of high water throughout the City, primarily on the west side of Houston. In addition, multiple flood warnings are in effect for some creeks and bayous in the city, including:

Houston Transtar is reporting 16 areas of high water on highways throughout the area, primarily on frontage roads along I-45 the North Freeway and the West Sam Houston Tollway.

Houston remains under a Flash Flood Warning until 7:30am, which means dangerous flash flooding is still occurring. Drainage systems near and around properties will be taking the full brunt of the flooding, and it will soon teach people what weeping tile is used for. Due to the area still being under a flood warning, it is very likely that homes could take the brunt of the water and could face a significant amount of water damage as a result. Once the weather has returned to normal, you will be able to get in touch with a water damage restoration company in your area, similar to XSI Disaster Services, (click here to learn more) so that your home can be returned back to its former state. In the meantime, make sure you are aware of what is going on around you. The surface run-off will be at a minimum as the ground will be far too saturated, so any french drainage systems will be working overtime flowing water away from properties to reduce the risk of damage.

As of 6:00am, all City services are on normal schedule, and City employees are expected to report as scheduled.

If a City employee is unable to report to work due to hazardous weather conditions, they are asked to contact their supervisor.

What the City is Doing

Residents who have flooding in their homes or businesses should report it. If the heavy rain and wind has caused damage to your property then contact a company like WDR Roofing Company to have repair work carried out quickly. Residents with debris in their street, or excessive street flooding should report it to Houston 311 by calling 311 (713-837-0311), online at houston311.org or through the Houston 311 mobile app for smartphones.