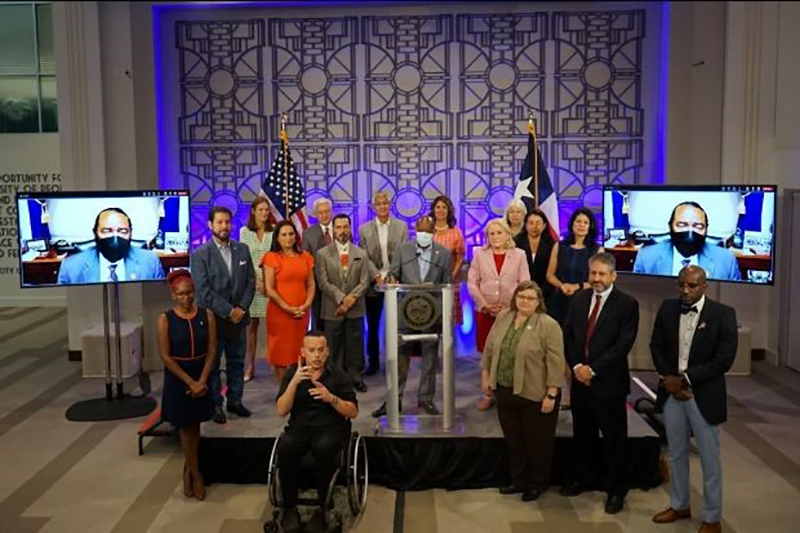 August 10, 2022 -- The United States Department of Transportation announced yesterday that the City of Houston will receive $20.96 million in federal funding through the Rebuilding American Infrastructure with Sustainability & Equity (RAISE) grant program for the Telephone Road: Main Street Revitalization Project.

Mayor Sylvester Turner, Congresswoman Sylvia Garcia, Congressman Al Green, Houston City Councilmembers along with business and community leaders announced details of the 2.8-mile rehabilitation project today during a news conference. The project will enhance mobility and access for the community by connecting area resources and will modernize the roadway within the existing right-of-way to include upgraded sidewalks, bus stops, protected bike lanes, street crossings, and safety treatments.

“On behalf of the City of Houston, I sincerely thank our congressional delegation and the U.S. Department of Transportation for the RAISE funds, which represent our commitment to address longstanding issues of disinvestment and inequities,” said Mayor Turner. “This transformative, multimodal revitalization project will uplift communities based on data-driven solutions, actions, investments, and provide more equity to a key part of our city.”

The City worked with several community partners and stakeholders through the public design phase over the past five years. The Telephone Road project is located between two Tax Increment Reinvestment Zones (TIRZ), TIRZ 23 – Harrisburg Redevelopment Authority, and TIRZ 8 – Gulfgate Redevelopment Authority. The project begins at the intersection of Lawndale Drive and Telephone Road and extends 2.8 miles to Interstate 610.

“I’m proud the City of Houston has secured these federal funds made possible by President Biden’s Bipartisan Infrastructure Law,” said Congresswoman Sylvia Garcia. “This grant will help modernize Houston by increasing access to efficient and reliable infrastructure around the city. I’m confident these funds will positively benefit millions of residents across the city. These are the remarkable results achieved when we put people over politics.”

The funding was awarded from funds secured in the Infrastructure Investment and Jobs Act (IIJA), commonly referred to as the Bipartisan Infrastructure Law. It is one of the first distributions of funding from the law since it passed November 15, 2021. RAISE grants, funded at $7.5 billion over the next 10 years, are competitive grants that allow for flexible solutions to transportation related projects.

“I am honored to have partnered with Congresswoman Sylvia Garcia to help secure over $20 million in federal funds as part of the RAISE grant for the City of Houston’s Telephone Road Project. This project will help revitalize Houston by expanding Telephone Road to make it more pedestrian-friendly and bike-friendly, as well as by improving drainage through landscaping and pipe upgrades,” Congressman Al Green shared. “I am proud to see Mayor Turner and the Houston City Council continue to exercise good stewardship of our tax dollars.” 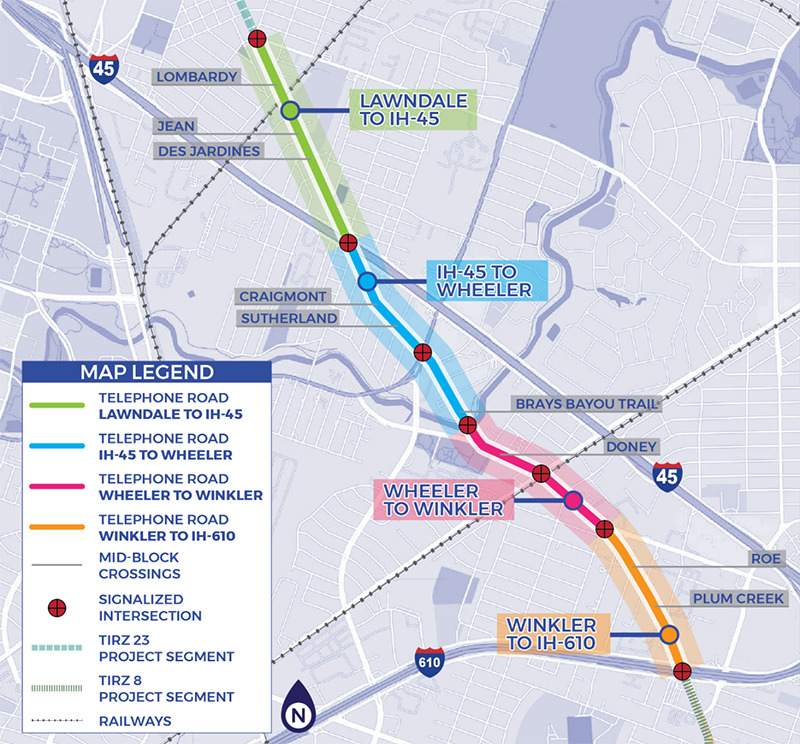 The City of Houston thanks the following elected officials, community partners and stakeholders for their support: