Charges have been filed against a second suspect arrested in the fatal shooting of a man at 10155 East Freeway (East Interstate Highway 10) service road about 1:35 a.m. on April 20.  The suspect, Joshua Griffin, 18, is charged with murder in the 228th State District Court.  A May booking photo of Griffin, who is in custody out of state, is attached to this news release.

The other suspect, Karl Kelly, 28, is charged with murder in the 339th State District Court.  A booking photo of Kelly (provided following his arrest in May) is attached to this news release.

The suspects are accused in the death of Nicholas Alfred, 25.

HPD Homicide Division Sergeants A. Grimes and K. Persad reported:  HPD patrol officers responded to a shooting call at a hotel at the above address.  Mr. Alfred was found lying outside his room.  He had suffered several gunshot wounds.  Houston Fire Department paramedics transported Alfred to an area hospital where he was pronounced deceased.  Evidence from the scene indicated three unknown male suspects exited a gray four-door sedan and fired several rounds at Alfred. The investigation led to the identity of Kelly as one of the suspects.  The Harris County District Attorney’s Office was consulted and Kelly was subsequently charged.  Members of HPD’s Crime Suppression Team arrested Kelly on May 4 without incident.

HPD officers arrested Griffin on May 27 after he was found to have three outstanding warrants in the state of Georgia.  He was extradited there and is in custody at the Forsyth County Jail.

Further investigation identified Griffin as a second suspect in Alfred’s fatal shooting and he was charged on Tuesday (August 2) for his role in the incident.  He will eventually be extradited back to Harris County.

Investigators have learned the identity of the third suspect, a juvenile male, and are following leads on his whereabouts. 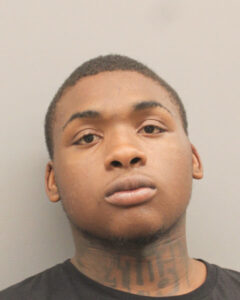 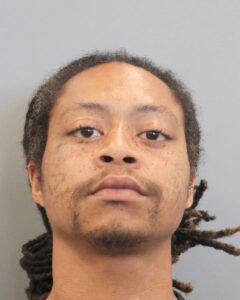