A suspect wanted and charged in the death of a woman at 8950 Chimney Rock Road that occurred about 8:30 p.m. on July 25 is in custody.

The suspect, Jordan Potts (b/m, 26), is charged with murder in the 338th State District Court. He is accused in the death of Shawtyeria Waites, 21.

A Multnomah County Sheriff’s Office booking photo of Potts is attached to this news release.

Ms. Waites was last seen by her friend on July 25, walking into an apartment complex at the above address. She was reported missing on July 27 and HPD Missing Persons Unit began investigating.

On August 13, evidence of foul play was found regarding Waites disappearance and the case was assigned to the HPD Homicide Division. Witness statements and additional evidence determined Waites was dropped off at the Chimney Rock Road location to meet a male, later identified as Potts. Further investigation determined Waites was killed inside Potts’ apartment and subsequently transported from the location in the trunk of his vehicle.

On August 27, HPD homicide detectives, with assistance from the FBI, located human remains in Brookshire. While formal identification is pending, physical evidence indicated the remains are those of Shawtyeria Waites. The Harris County District Attorney’s Office was contacted and Potts was subsequently charged in her death.

On Wednesday (September 1), Potts was arrested by the Gresham Police Department in Gresham, Oregon.

Anyone with information in this case or on the whereabouts of Jordan Potts is urged to contact the HPD Homicide Division at 713-308-3600 or Crime Stoppers at 713-222-TIPS. 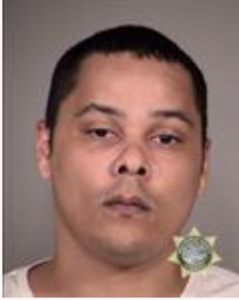