Charges have been filed against a suspect wanted in the fatal shooting of a man at 1415 West Gulf Bank Road about 3:35 p.m. on April 5.

The suspect, John Johnson (b/m, 30), is charged with murder in the 177th State District Court.  He is accused in the shooting of Chaz Bass, 33.  A prior booking photo of Johnson, who is not in custody, is attached to this news release.

HPD patrol officers responded to a shooting call at an apartment complex at the above address.  Upon arrival, officers and Houston Fire Department paramedics found Mr. Bass deceased in the parking lot.  A preliminary investigation determined Bass was returning to his vehicle after throwing away a box in a dumpster when he was shot multiple times.

Further investigation identified Johnson as the suspect in this case.  He remains at large.

Anyone with information on the whereabouts of John Johnson or in this case is urged to contact the HPD Homicide Division at 713-308-3600 or Crime Stoppers at 713-222-TIPS. 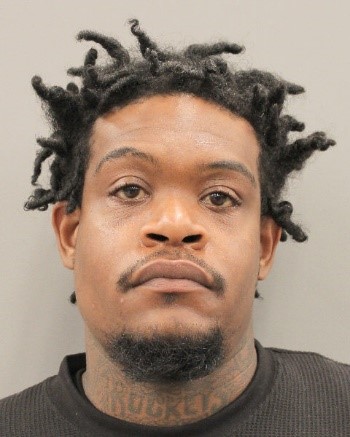