A suspect charged and wanted in the fatal shooting of a man at 6600 Scott Street about 9:25 p.m. last Friday (January 18) is in custody.

The suspect, Jalin Damone Charles (b/m, 18), is charged with murder in the 263rd State District Court.  An updated booking photo of Charles is attached to this news release.

The victim was identified as Charles Robinson Jr. 19.

HPD patrol officers responded to a shooting call at the above address and found Mr. Robinson deceased from multiple gunshot wounds.  Further investigation determined Robinson got into an argument with his friend (suspect Charles) who then shot him and fled the scene.

Further investigation led officers to a business in the 2100 block of North Main Street on Wednesday (Jan. 23).  Charles was seen outside the business and taken into custody about 6:50 p.m. without incident. 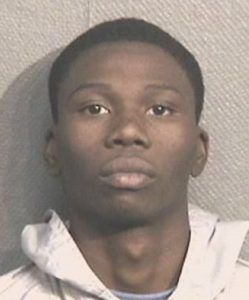