Charges have been filed against a suspect arrested in the fatal shooting of a woman found at 11000 Chatterton Drive about 7 a.m. on September 21.

The suspect, Logan Losoya (w/m, 24), is charged with murder in the 351st State District Court for his role in the death of Piper Lauren Jones, 20.  A booking photo of Losoya is attached to this news release.

A passerby was walking along the trail near the Addicks Reservoir at the above address and observed a person lying in the middle of the trail.  The passerby called 911 and police officers and paramedics responded.  It was determined the female victim (Ms. Jones) was deceased and had sustained a gunshot wound to the head.

Further investigation led to the identity of Losoya as the suspect in this case and he was arrested last Thursday (Oct. 31) and charged in Jones’ death. 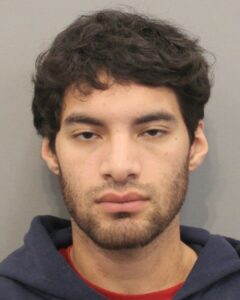