Charges have been filed against a suspect arrested in a fatal crash at 6700 South Freeway (State Highway 288 South) service road about 10:30 p.m. on August 24.

The suspect, Joseph Melesio Martinez (H/m, 23), is charged with failure to stop and render aid in the 179th State District.  A booking photo of Martinez is attached to this news release.

The female victim, Rayehasen Elizabeth Wilson, 31, was pronounced dead at the scene.

Ms. Wilson was a passenger on a Harley Davidson motorcycle traveling eastbound on Holcombe Boulevard.  The motorcycle had the green light at the intersection of the South Freeway service road and was struck by a black Chevrolet Tahoe that ran the red light while traveling northbound on the service road.  Wilson died at the scene.  The driver of the Tahoe did not stop and fled the scene.  The operator of the motorcycle was not injured and remained at the scene.

Further investigation led to the identity of Joseph Martinez as the wanted driver in the crash and he was arrested last Thursday (Sept. 5) without incident. 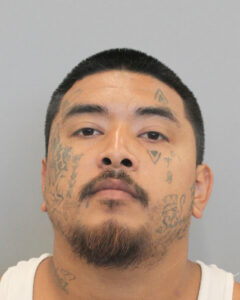