Houston police have arrested a suspect charged in the death of a male found at 5625 Antoine Drive about 8:30 a.m. on September 4.

The suspect, Jewel Jamal Hayward (b/m, 26), is charged with murder in the 178th State District Court. He is accused in the killing of Shawn Palacios, 38, who suffered blunt force trauma. A booking photo of Hayward is attached to this news release.

HPD patrol officers responded to a report of a deceased individual at an apartment complex at the above address. Upon arrival, they found Mr. Palacios’ body in a dumpster. 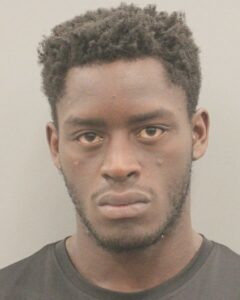