Charges have been filed against three suspects in connection with the fatal shooting of two men at 11200 East Freeway (East Interstate Highway 10) about 6 p.m. on August 8, 2019.

The wanted suspect, Ricardo Casaya (H/m, 24), is charged with capital murder in the 174th State District Court.  A previous booking photo of Casaya is attached to this news release.

The other two suspects, Jonathan Aleman (w/m, 29) and Jose Javier Hernandez (H/m, 24), are also charged with capital murder in the 174th State District Court.  Current booking photos of both Aleman and Hernandez are attached to this news release.

The victims, Bradley Barker, 25, and Binel Gasery, 33, were pronounced dead at the scene by Houston Fire Department paramedics.

Officers were dispatched to a shooting call on the outbound (eastbound) lanes of the freeway at the above address and found both Mr. Barker and Mr. Gasery fatally shot inside a silver Nissan Sentra.

Witnesses reported seeing a newer model black sedan stop in the middle of the freeway and an armed Hispanic male exit the front passenger door.  The suspect walked toward the victims’ Nissan and began firing, striking both Barker and Gasery.  The suspect then ran back to the waiting sedan and fled.

Further investigation led to the identification of Aleman, Hernandez and Casaya as suspects in this case and they were charged for their roles in the shooting. Suspects Aleman and Hernandez were subsequently taken into custody.

Suspect Ricardo Casaya remains wanted at this time.  He is described only as a Hispanic male, 24, about 5 feet 6 inches tall and weighing about 150 pounds.  Anyone with information on his whereabouts is urged to contact the HPD Homicide Division at 713-308-3600 or Crime Stoppers at 713-222-TIPS. 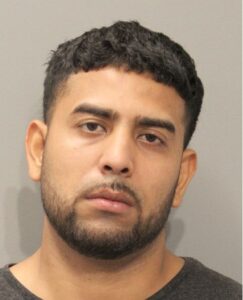 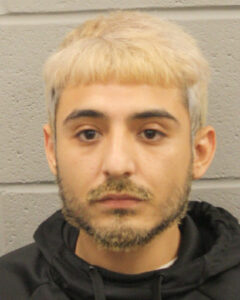 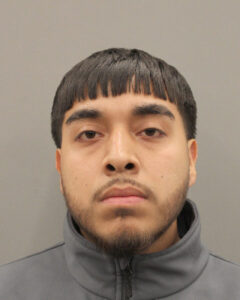