One of two suspects wanted and charged in the fatal shooting of a man at 7315 Parkes Street about 3 p.m. on Saturday (April 13) is in custody.

Richard Nolan (b/m, 20) was arrested on Monday (April 15).  He and another suspect, Gary Logan (b/m, 20), are charged with murder in the 178th State District Court for their roles in the death of Deverrick Goodin, 44.

HPD patrol officers responded to a shooting at a residence at the above address and found Mr. Goodin deceased from multiple gunshot wounds.  Witnesses in the area reported seeing three young black males fleeing the scene after the shooting.

Further investigation identified Nolan and Logan as suspects in this case.  They were both charged and are not in custody at this time.  A third unidentified male suspect also remains at large.

Nolan was taken into custody on Monday without incident.

Anyone with information in this case or on the whereabouts of suspect Gary Logan is urged to contact the HPD Homicide Division at 713-308-3600 or Crime Stoppers at 713-222-TIPS. 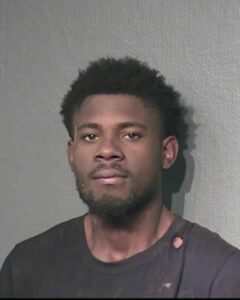 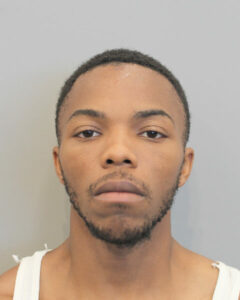