Two suspects are arrested and charged following an incident in which a Texas Department of Public Safety (DPS) trooper discharged his duty weapon at the suspects at 5800 Pinemont Drive about 8:35 a.m. on Sunday (January 26).

One suspect, Joshua Wayne Stacey (w/m, 35), is charged with aggravated assault against a public servant, aggravated assault with a deadly weapon and evading arrest in a motor vehicle in the 248th State District Court. The other suspect, Russell Blaylock (w/m, 43), is charged with possession of a controlled substance in the 248th State District Court and evading arrest in Harris County Criminal Court #15. Booking photos of both suspects are attached to this news release.

The trooper who discharged his duty weapon was not injured in the incident.

A DPS trooper was flagged down by a citizen who stated a nearby white truck and trailer were involved in a theft at Algiers Road and Burnside Lane. The trooper initiated a traffic stop on the vehicle and the truck and trailer, driven by Stacey, fled at a high rate of speed. During the pursuit, the vehicle stopped momentarily at 7600 West Tidwell Road and Stacey intentionally backed the trailer into the trooper’s patrol vehicle and another vehicle causing damage to both vehicles. Stacey then fled until he reached 5800 Pinemont when he stopped again. As the trooper exited his patrol car, Stacey backed the trailer towards the trooper. The trooper, fearing that Stacey was going to hit him with the trailer, discharged his duty weapon at Stacey and Blaylock (passenger). Stacey then fled until he reached 8000 Kempwood, where the vehicle and trailer jack-knifed. Both Stacey and Blaylock attempted to flee on foot. The trooper arrested Stacey and responding HPD officers were able to take Blaylock into custody.

As is customary in officer-involved shooting incidents in the city limits, the case is being investigated by the HPD Homicide Division’s Special Investigations Unit and the Harris County District Attorney’s Office. The Texas Department of Public Safety Texas Ranger Division is conducting a concurrent investigation of the incident. 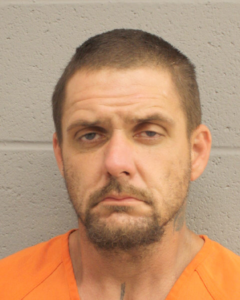 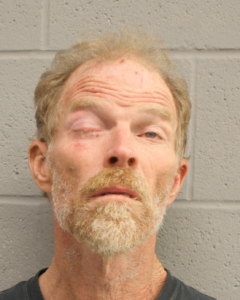