Houston police are searching for a wanted suspect charged in the shooting of a woman at 2457 Gray Falls Drive about 10:30 p.m. on March 3.

The suspect, Josiah Elie Joseph Jacques, 22, is charged with aggravated assault with a deadly weapon in the 482nd State District Court.  A photo of Jacques is attached to this news release.

He is charged in the shooting of Jaylan Jones, 22.

HPD patrol officers responded to a shooting at the above address and found Ms. Jones had been shot in the back.  Houston Fire Department paramedics transported Jones to the hospital where she was expected to undergo surgery.

Jones told officers she was driving her vehicle when an unknown vehicle pulled up next to her.  She said someone inside the vehicle then fired shots at her.  Further investigation determined Jones was shot after leaving a location where she had met someone to make a purchase.

Anyone with information on the whereabouts of Josiah Jacques is urged to contact the HPD Major Assaults & Family Violence Division at  713-308-8800 or Crime Stoppers at 713-222 TIPS. 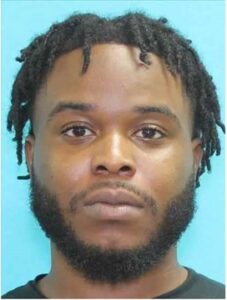