Charges have been filed against a suspect wanted in the fatal shooting of a woman and the wounding of another at 4510 Idaho Street about 10 p.m. Monday (January 23).

Christopher George Edwards, 52, is charged with murder, aggravated assault with a deadly weapon and unlawful carrying of a weapon in the 208th State District Court. He is not in custody. A 2021 booking photo and a previous photo of the suspect are attached to this news release.

He is accused in the death of a female, 41, and the wounding of another female, 21. The identity of the deceased female is pending notification to family members by the Harris County Institute of Forensic Sciences.

Officers responded to a report of a shooting at the above address and found the victims inside a motel room. One female was pronounced deceased at the scene by Houston Fire Department paramedics. The second female was transported to an area hospital in stable condition.

Witnesses stated the deceased female was in a long-term dating relationship with Edwards when they got into a verbal altercation. He then pulled a gun and shot the victim, killing her, and then shot multiple times at the second female, striking her at least once.

Edwards then fled the scene in an unknown direction.

Anyone with information on the whereabouts of Edwards or in this case is urged to contact the HPD Homicide Division at 713-308-3600 or Crime Stoppers at 713-222-TIPS. 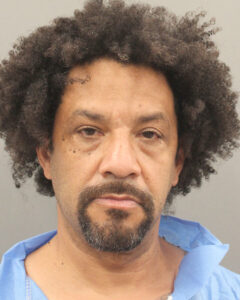 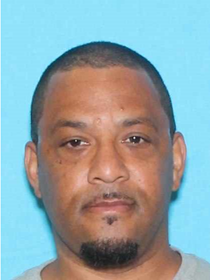