Charges have been filed against a suspect in the fatal shooting of a man found after a fire was extinguished at 7629 Pointer Street about 9:55 a.m. on August 16.

The suspect, Donald Lenor (b/m, 21), is charged with murder in the 180th State District Court. A booking photo of Lenor (originally released on September 13) is attached to this news release. He was already in custody on a previous murder charge.

Lenor is accused in the death of Reginald Lewis, 54.

Mr. Lewis was found deceased inside his home at the above address after Houston Fire Department firefighters had responded to a building fire and put the fire out. It was discovered Lewis had suffered a gunshot wound to the head prior to the house being set on fire.

Lenor, who is Lewis’ stepson, was identified as a suspect in this case and subsequently confessed to his role in the death of Lewis.

Lenor was out on five felony bonds at the time of this August incident. He has remained in jail since his arrest on September 12 for fatally shooting a man at 7006 South Hall Street that same day. Lenor is charged with murder in that incident. 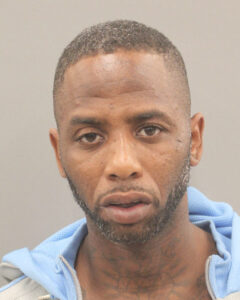