Charges have been filed against a suspect arrested in the stabbing of an HPD K-9 that occurred at 1600 Bass Street about 7:50 a.m. on Saturday (Jan. 22).

The suspect, Ryan Mitchell Smith, 26, is charged with evading arrest, interference with a police service animal and robbery bodily injury in the 232nd State District Court. A booking photo of Smith is attached to this news release.

HPD K-9 “Nate” was transported to Vergi 24/7 Emergency & Critical Care Hospital where he was treated for non-life threatening injures. “Nate” has two years of service with HPD’s Tactical Operations Division.

Officers responded to an attempted carjacking call at 800 Memorial Heights Drive. Witnesses stated Smith had left the location and went to a nearby store where he stole merchandise and fled. Officers then located Smith inside a nearby apartment parking garage at the above address and he attempted to evade officers. HPD K-9 “Nate” caught up to Smith behind a building where Smith then stabbed “Nate.” Officers provided emergency care to the K-9 “Nate” on scene. Smith was taken into custody without further incident and charged for his role in the incident.

HPD K-9 “Nate” was transported to an emergency veterinary center, underwent surgery and is now home with his HPD partner. 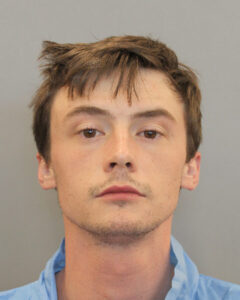